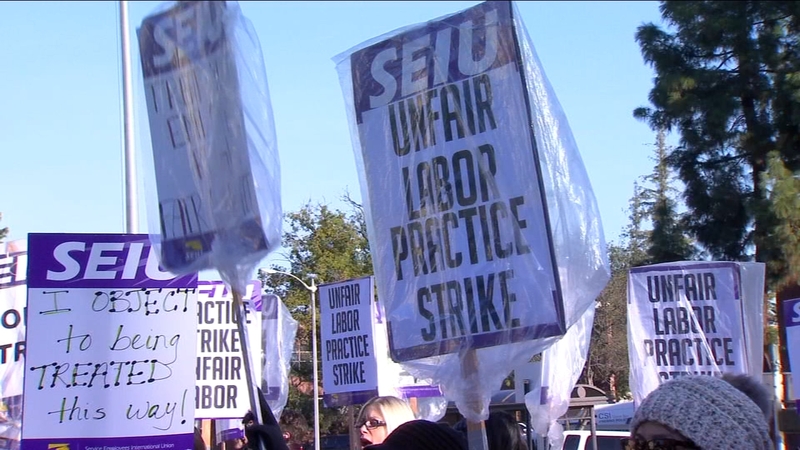 FRESNO, Calif. (KFSN) -- Fresno County court reporters and clerks ended their strike on Tuesday afternoon, after a week of picketing.

Court reporters will now be able to work a 40-hour week, and other justice workers will receive a pay raise and a personal day off.

"This agreement allows us to resume the jobs that we love and move forward with the Court on our shared commitment to serving the residents of Fresno County," Denise Dedmon, a Fresno Superior Court reporter and president of the local chapter of the workers' union, said in a statement.

The court system had been crippled since the start of the strike last Tuesday, Jan 15., as the justice workers rallied outside the courthouse.

Court reporters in Fresno were the only remaining group of court reporters in the state who weren't getting a full week's worth of work, after five hours were cut back during the recession in 2012.