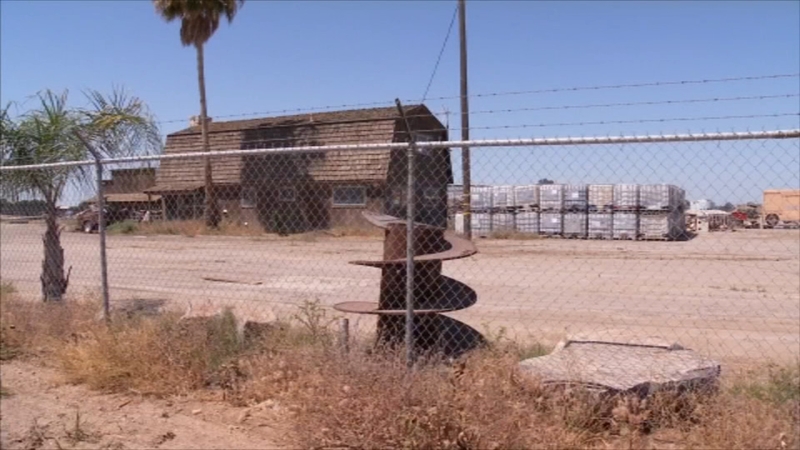 HANFORD, Calif. (KFSN) -- State officials are demanding answers and action from the operator of a former metal recycling business, as well as the current owners of the property.

According to state officials, a man named Jeffrey Prins ran a metal recycling business just outside Hanford called The Recycle Depot from 2008 to 2017, storing and processing discarded appliances, cars, and shredder fluff, the residue from crushing those materials.

During that time, inspectors from the state Department of Toxic Substances Control, or DTSC, took samples at the site and found high levels of lead, copper, zinc, and mercury, leading them to conclude that releases of hazardous waste have happened at the facility.

"The level of substances found in the soil were hazardous and were found to be hazardous," DTSC Unit Chief Yolanda Garza said. "The investigation will determine how far or how much the release has occurred on the site."

Garza says a recently issued enforcement order for corrective action, sent to Prins and two other men, will help move the department's investigation forward, which includes finding out whether surrounding areas have been affected by the releases.

"Releases from the Facility may migrate or may have migrated toward the irrigation canal, surrounding agricultural property, and to residential property located northwest of the intersection of 8th Avenue and Hanford-Armona Road," the enforcement order says.

"The contaminated soil can cause as you know with windy conditions, dispersion of some of the metals and the concentrated contaminants into other areas," Garza explained.

Action News hasn't been able to reach Prins, the former operator of The Recycle Depot.

The state sent his enforcement order to an address belonging to another recycling company in Visalia, but workers there told Action News Prins is not the owner.

The original owner of the property outside of Hanford (another listed party in the state order) tells Action News that he took the site back from Prins in 2017, but didn't know about its conditions until then.

He said he's sad about the situation, and doesn't have the money to pay for the cleanup.

But state officials say the costs haven't been determined yet, adding that they'll provide any assistance if it's available.

"We've identified that we need them to evaluate, to look at their property," Garza said. "And once we know the extent, how bad is it, then we can say, 'What is it we're going to clean up and how much?'"

The respondents have a couple of more weeks to request a hearing about the enforcement order.