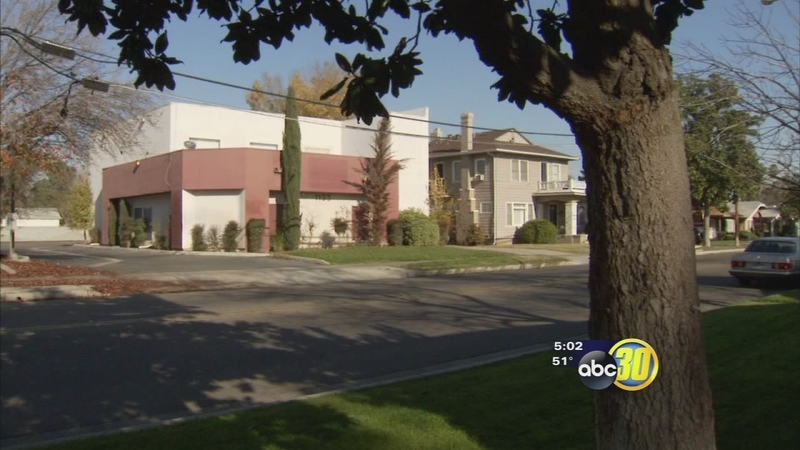 FRESNO, Calif. (KFSN) -- The plan to put a men's fitness and social club, aimed at serving the gay community 24 hours a day, doesn't sit well with Shelly Cummings who lives right next door. "I am not speaking against people who want to do things like that, everybody can do what they want, but for the neighborhood, it being in the middle of a neighborhood with the crime that is bad down here in Tower like it is now, I can't see anything good coming out of it. I see people getting hurt. "

Business owner Richie Shields is also concerned the club will attract trouble. "The people that go there and having fun, not a problem but it's the byproduct of that the people that are walking around maybe prostitution, littering, drug use, things like that, I don't want to see."

What's raised the concern is that the man who wants to open the club Craig Harmon currently operates a place called "the Bunker." An adult club for gay men. It's in the old industrial part of town, where it's properly zoned, but it is closing at the end of the month to make way for high speed rail. Harmon tells Action News the new health club will not be a sex club. He described it as a "Gym with a gay orientation to cater to the gay community."

The gym would be located in City Council Member Esmerelda Soria's District and she has heard the concerns. "One of the main concerns again is the 24 hour period in addition to some being concerned with it being adult oriented so we've been tracking it making sure we will understand what the business will bring to the neighborhood. "

The question of whether to allow the gym to be opened was scheduled to be heard by the Fresno Planning Commission tonight, but it has been put off until the staff has more time to study the issue.
Related topics:
societyfresno tower districtgaygymfresno
Copyright © 2021 KFSN-TV. All Rights Reserved.
FRESNO