People in California can now return to church once more, but it's not like it used to be.

Instead of holding service inside, churches will now be doing it from a parking lot , similar to a drive-in theater.

"The drive-in concept of a service, you drive-in, everybody stays in their car, they don't get out and you maintain certain spacing requirements," said Brad Liebe, executive pastor at Peoples Church.

The policy change comes after two southern California counties were sued for infringing on freedom of religion.

Bredefeld said this is a small victory in a fight for reopening houses of worship.

"We've had the heavy hand of government say they are not allowed to attend church, but they also have said you can visit pot shops and liquor stores and have abortions, but you can't go to church," he said.

Like many churches, Peoples Church in northeast Fresno has moved its services online.

"We have pastors that have the masks and the gloves on, and we have prepackaged sterile communion elements in the same packet," said Liebe.

Liebe said they plan on continuing their current services but are looking at the drive-in option.

The biggest issue they're running into is not having enough space for their congregation.

"You are still having to position vehicles where they can see a large screen or a alive person," he said. 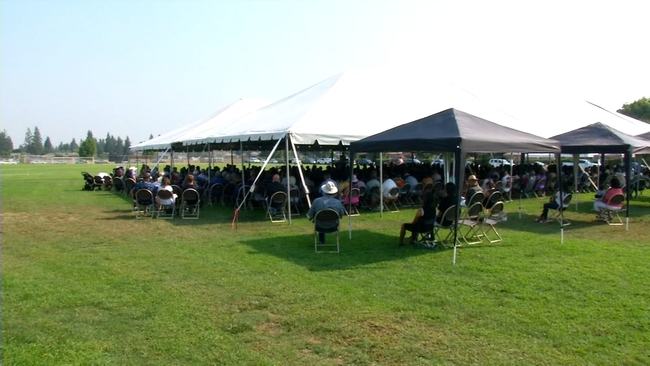