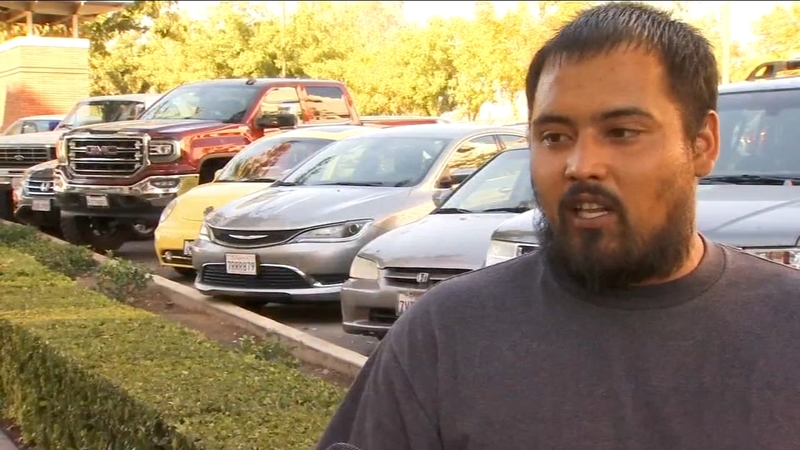 FRESNO, Calif. (KFSN) -- Police are asking for your help in finding the hit and run driver that left a 47-year old woman in the road, after crashing into her in Central Fresno.

Tina Richmond a mother of five and grandmother of six is in critical condition at Community Regional Medical Center because of an internal injury sustained in the crash.

We want to warn viewers the video of the incident is graphic.

"Getting the call I didn't even want to believe it," said the victim's son.

It was 6:30 p.m. on Saturday when 47-year-old Tina Richmond was crossing Blackstone after running a quick errand but she never made it all the way.

The video shows she was almost to the other side when she was sent flying
30 to 40 feet.

Delgado says he saw the video before learning his mother had been hit-- a call he wasn't prepared to take.

"She had five broken ribs, a broken collarbone, a gash down the side of her left leg," said Delgado.

"If they were in the same position as me they'd feel the same way. They'd feel hurt angry and you don't even know what to do when something like this happens," said Delgado.

The video is playing a crucial role in the investigation.

Had the driver stopped this would have been listed as an accident but since they took off it's being investigated as a felony hit-and-run.

This is not the first time this tattoo parlor has come into play. The street facing cameras have played a crucial role in several incidents.

"I'm right here working the back and I hear a boom. I knew someone got hit," said Rubio.

Augie Rubio calls it his eye in the sky about a dozen or so cameras surround his property.

"We can actually see all the way to Blackstone," said Rubio.

Surveillance video has helped in several high profile cases including the stabbing death of a transgender woman in 2015.

It even caught this death-defying rollover accident from earlier this year.