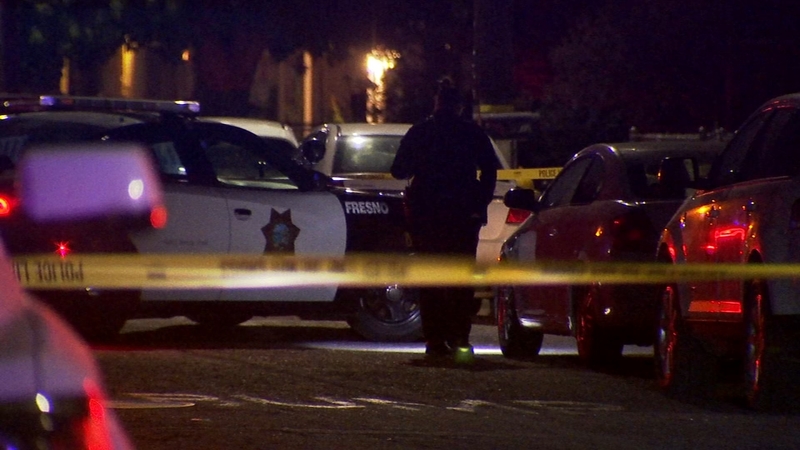 FRESNO, Calif. (KFSN) -- A car-to-car shooting in southwest Fresno sent two men to the hospital -- and sparked a police pursuit that stretched across the city.

Police received calls of a shooting in the area of Martin Luther King and Samson just before 10 pm Saturday.

When they arrived -- they found two cars driving at high speeds.

Police say a suspect in one of those cars had shot at the victim's vehicle.

The suspect drove off onto Highway 41 -- while the victim's car stopped at North and Cherry Avenue.

Police found a man in his 30s with a gunshot wound inside that car.

First responders rushed him to the hospital -- and at last check, he was in surgery for his injuries.

"During the traffic stop, there was also another victim that appears to be an unrelated bystander hit by a stray round," says Fresno Police Lt. Jordan Beckford. "He's in surgery too, but we're still waiting on an updated status. He's expected to survive."

The suspect car reached speeds of 100 miles an hour and switched onto several highways trying to escape police.

Officers eventually caught up to the car at Highway 99 and American Avenue in Fresno County.