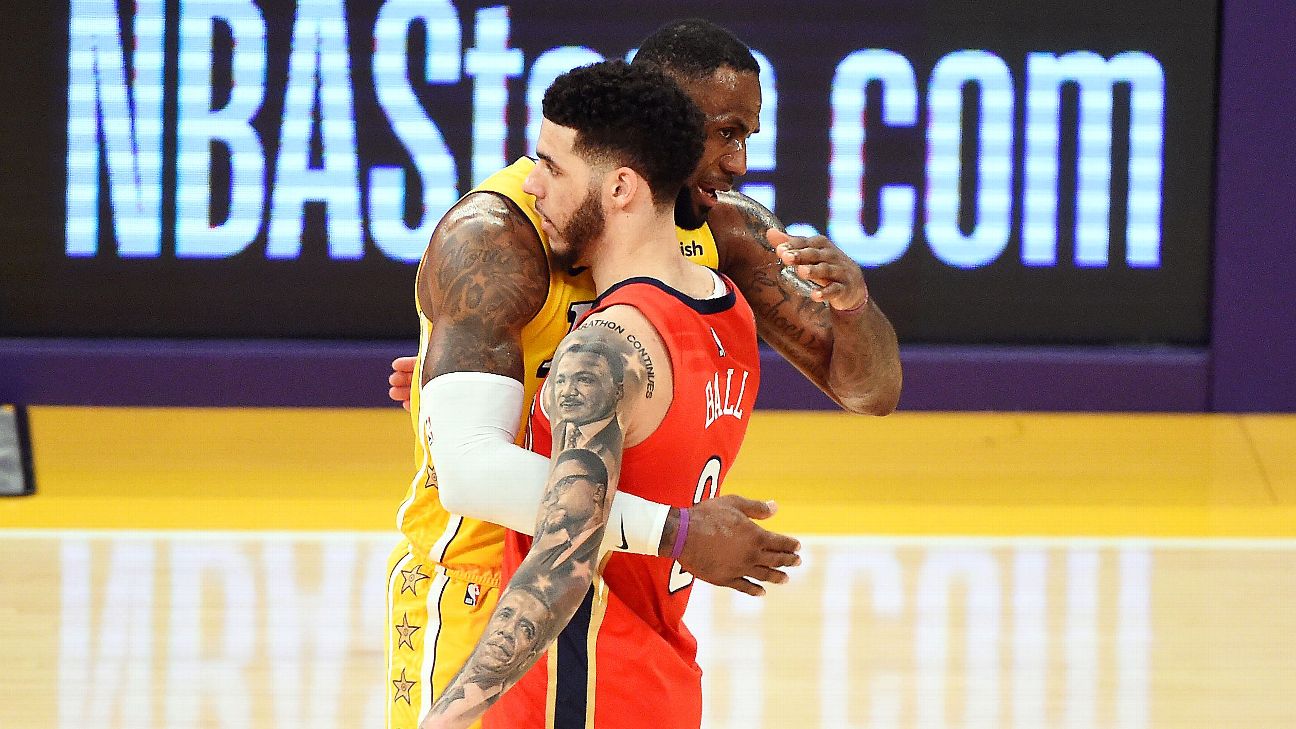 LOS ANGELES -- In their first game in Los Angeles against their former team, Brandon Ingram, Lonzo Ball and Josh Hart were welcomed back by the Lakers with a highlight video on Friday.

Then Anthony Davis delivered yet another massive reminder of why the Lakers acquired him from theNew Orleans Pelicansin June in exchange for the young trio and three first-round picks. For the second time this season, Davis scored more than 40 points against his old team, this time soaring for 46 points and 13 rebounds to lead the Lakers to a 123-113 win over the Pelicans.

"Anthony is a mismatch problem for our team and a lot of players," Ingram said. "I think they're going to be a really, really good team in the Western Conference."

It wasn't long ago that the Lakers were building around Ingram and Ball. The duo showed flashes of their promise Friday, as Ball scored 23 points and Ingram went for 22 points. Hart had five points and four rebounds off the bench.

The Lakers selected Ingram with the second overall pick in 2016 and Ball with the second pick in the 2017 draft. Kyle Kuzma and Hart were also taken late in the first round in 2017, as then-Lakers president Magic Johnson and general manager Rob Pelinka looked to rebuild their foundation around young lottery talent.

When Ingram and Ball were introduced Friday in the Pelicans' starting lineup, the Staples Center crowd gave the two a warm ovation. The Pelicans played in L.A. earlier this season against the Clippers, but Friday marked the first time that Lakers fans had a chance to see Ingram, Ball and Hart since the trio were traded for Davis.

During the first break in action Friday, the Lakers played a video welcoming their former first-round picks. The crowd -- which included Ball's father, LaVar, who sat courtside next to Klutch Sports' Rich Paul -- also buzzed a couple of times when Ball guarded LeBron James one-on-one and when Kuzma and Ingram were matched up one-on-one.

"I enjoyed my time here," said Ball, who grew up in Chino Hills, California, and played at UCLA for one season. "It's my hometown, so I love playing in front of them. Unfortunately, I was hurt both years [as a Laker], which was terrible for me and I know for the fans. But I wish them the best going forward."

Added Ball, who has made 20 of his past 36 shots and scored a total of 50 points the past two games, "My body feels good. My confidence is where it's supposed to be. Sky's the limit from there."

Davis spoiled the homecoming for the former "Baby Lakers," making 15 of 21 shots, including a one-handed alley-oop dunk over Ingram in the fourth quarter.

Afterward, Ball and Ingram talked to reporters while sitting next to each other in the locker room. Ball reminded everyone of New Orleans' bright future when Zion Williamson came over and shouted above the large media scrum for Ball to speak louder.

"Zion Williamson practiced a couple of days ago," Ball shouted back with a laugh. "He's going to practice again when we get back." 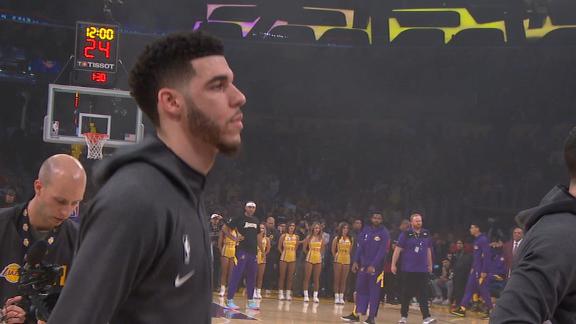