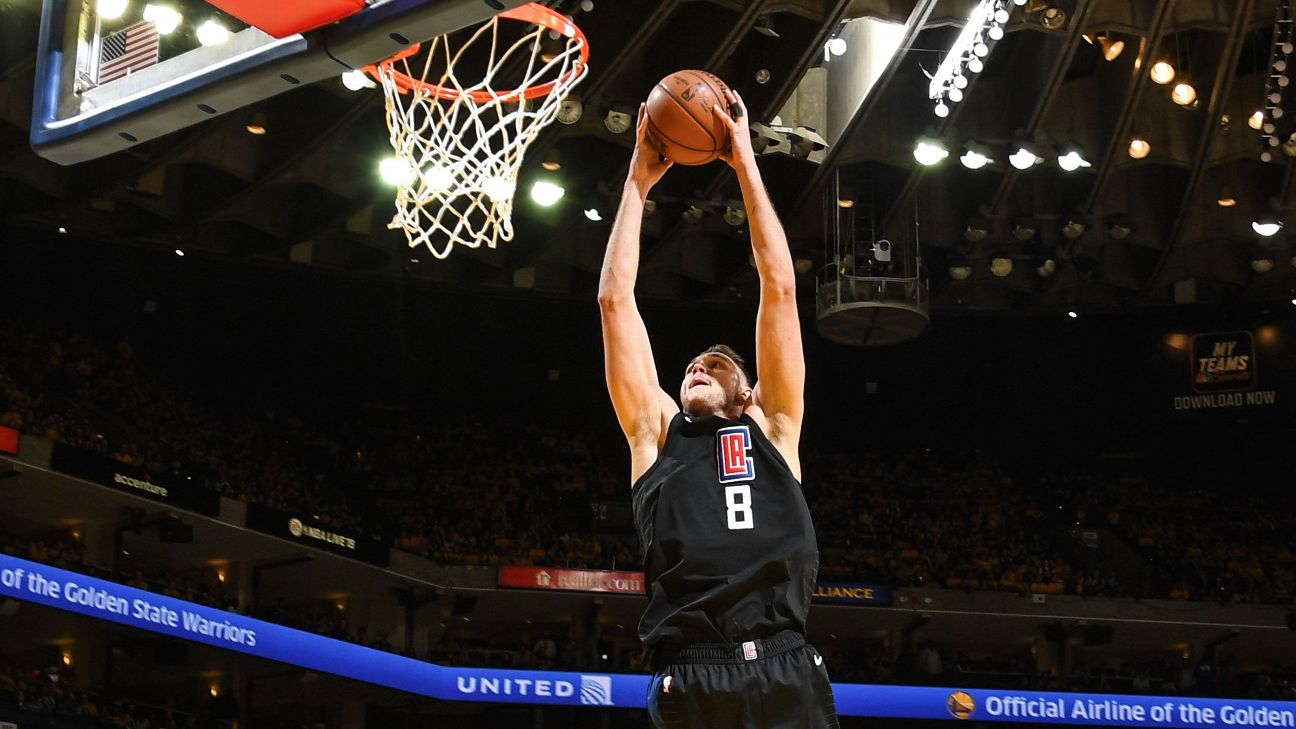 OAKLAND, Calif. -- At halftime Monday, with his team trailing the Golden State Warriors by 23 points on the road, LA Clipperscoach Doc Rivers tried to instill confidence in his players.

What did he say?

His team would trail by as many as 31 points in Game 2 of its Western Conference first-round series against the Warriors at Oracle Arena, but, just as he said, the Clippers hung in there and came all the way back to win 135-131 in what became the biggest postseason comeback in NBA history.

"We stopped playing," Warriors coach Steve Kerr said. "We kind of disconnected kind of mid-third quarter, lost our defensive edge. They scored 85 points in the second half. We had really done a good job defensively in the first half. So we kind of messed with the game a little bit. When you do that, you're in some trouble, especially in the playoffs."

The Clippers bested the Los Angeles Lakers' rally from a 29-point deficit to beat the Seattle Supersonics in 1989. The Clippers also came back from 27 points down in a playoff win over the Memphis Grizzlies in 2012.

But it's not as if a comeback from such a steep deficit is new for these Clippers.

Before this season, no team had more than one 25-point comeback win in a season since play-by-play data became available in 1996-97. But this season, the Clippers have posted three comebacks of 25 points or more, according to ESPN Stats & Information.

"For me, we on national television, got family, friends, people that look up to you," said Clippers reserve guard Lou Williams, who scored a game-high 36 points. "We understand the type of team that we're playing against, so you don't want to be the group of guys being blasted on national television. Not only that, we've been a resilient team all year. We've come back from some deficits like that before. We live with our hard work."

The 85 points that the Clippers scored in the second half are the second most in the second half of a playoff game in NBA history behind the Milwaukee Bucks' 87 points in Game 3 of the 1978 Western Conference semifinals against the Denver Nuggets, according to ESPN Stats & Information research.

Before Game 2 against the Clippers on Monday, Kerr talked about the possibility of a letdown with his team already ahead one game in the first-round series.

But what unfolded next at Oracle Arena will go down as a letdown that the Warriors won't soon forget -- nor will anyone else.

"We let our guard down," Warriors guard Klay Thompson said. "We weren't the aggressors any more. We didn't deserve to win that game. Basketball gods didn't reward us. I had a wide-open look at the top of the key, in and out. It happens. We'll bounce back. I'll bounce back. The whole team will. We'll right the ship."

Warriors star Kevin Durant had nine turnovers, his most in a game since joining the Warriors, and scored 21 points on only eight shots before fouling out. Stephen Curry had 29 points but was hindered by foul trouble. He also missed a potential go-ahead 3-pointer with nine seconds left.

"This game is tough," Curry said. "It's hard to win playoff games no matter what the matchup is, no matter what the history is, the regular season, team versus team. It's tough. For six and a half quarters we played amazing. Had a 31-point lead. The wheels fell off. I know we can get it back. We obviously have shown that level of basketball is there for us. We got to put together 48 minutes of it, just a collective energy, positivity around everything we do. Again, [the] locker room was down, as it should be, because every game matters to us. We just got to bounce back."

But Rivers said his team can't be satisfied.

"That's not enough for us," Rivers said. "You could hear them in the locker room. They're not talking about that. They're talking about coming back and winning. They have expectations. This team does. No one wants to agree with us, and that's fine. We're fine with that. But we have our own expectations and we're going to keep them." 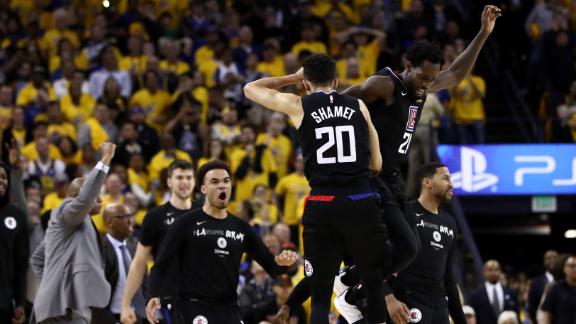 Clippers erase 31-point deficit to stun Warriors
After trailing by 31 points, the Clippers complete the biggest comeback in NBA playoff history to win 135-131. 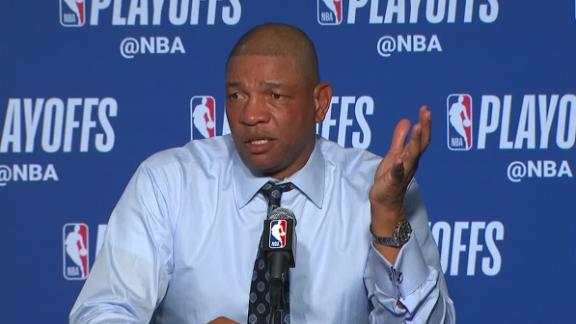 Rivers: We didn't come here to win one game
After the Clippers come back from a 31-point deficit to beat the Warriors in Game 2, Doc Rivers tells the media they have bigger goals in sight. 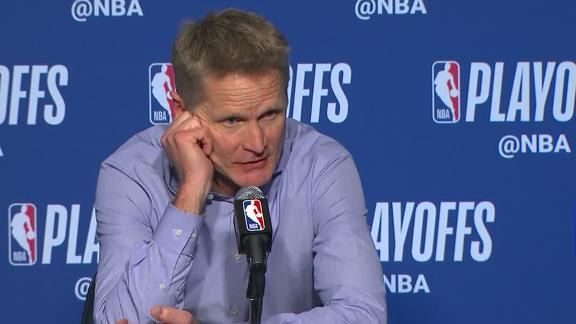