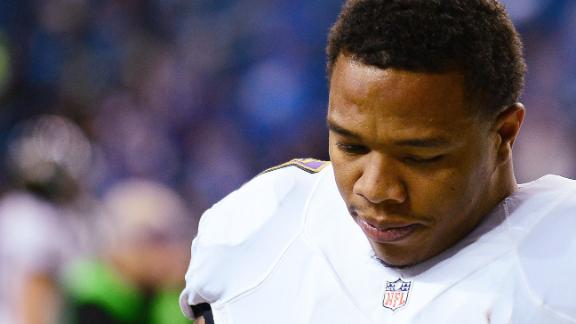 Despite losing running back Ahmad Bradshaw for the season, the AFC South-leading Indianapolis Colts would have no interest in signing Ray Rice as a potential replacement once the player is reinstated to the NFL, a team source said.

Colts coach Chuck Pagano was defensive coordinator of the Ravens when Rice enjoyed his most productive seasons. That has created speculation Pagano might have a favorable opinion and be inclined to consider signing Rice.

Rice was suspended indefinitely Sept. 8 for violating the NFL's personal conduct policy after a video of him hitting his then-fiance was released publicly. Commissioner Roger Goodell originally had suspended the running back for two games. The incident occurred in February inside an elevator at an Atlantic City, New Jersey, casino. The couple married a month later.

Rice contends the league's indefinite suspension constitutes an enhanced punishment for the same violation and thus violates labor law. The union also is arguing that the discipline of Rice by Goodell was inconsistent as it relates to the league's conduct policy. Rice is seeking immediate reinstatement, and U.S. District Judge Barbara S. Jones will decide the appeal.

The Colts have a need at running back after Bradshaw was hurt in Sunday night's loss to the Patriots, as Trent Richardson and Daniel "Boom" Herron are the only two active backs on the roster.