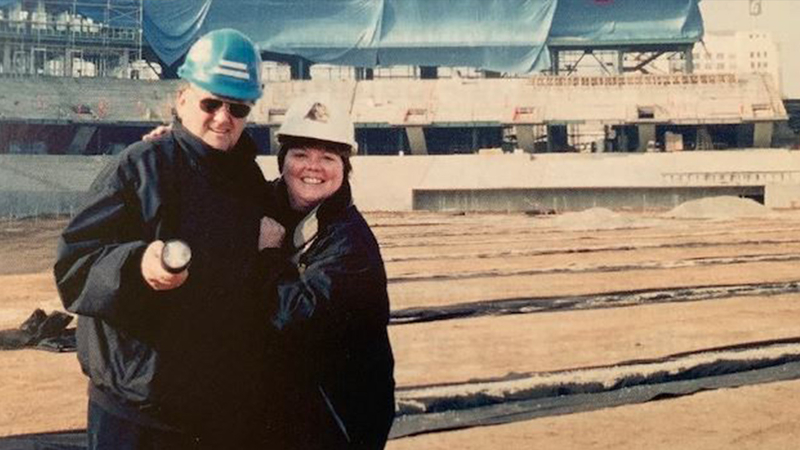 FRESNO, Calif. (KFSN) -- John Carbray was the man who led the charge to bring minor league baseball back to Fresno.

Before the Grizzlies came, Fresno didn't have minor league baseball after the single-A Fresno Giants were moved to Salinas in 1988.

Carbray and his wife Diane made the push to bring a triple-A franchise to town, and the Grizzlies made their franchise debut in 1998. The team played at Pete Beiden Field at Fresno State before the downtown stadium was opened in 2002.

"I think that it took a lot of guts and a lot of hard work to move a franchise to Fresno and I think there was a lot of people that didn't think it could happen and they kept pushing and made it happen," team president Derek Franks told ABC30 on Saturday.