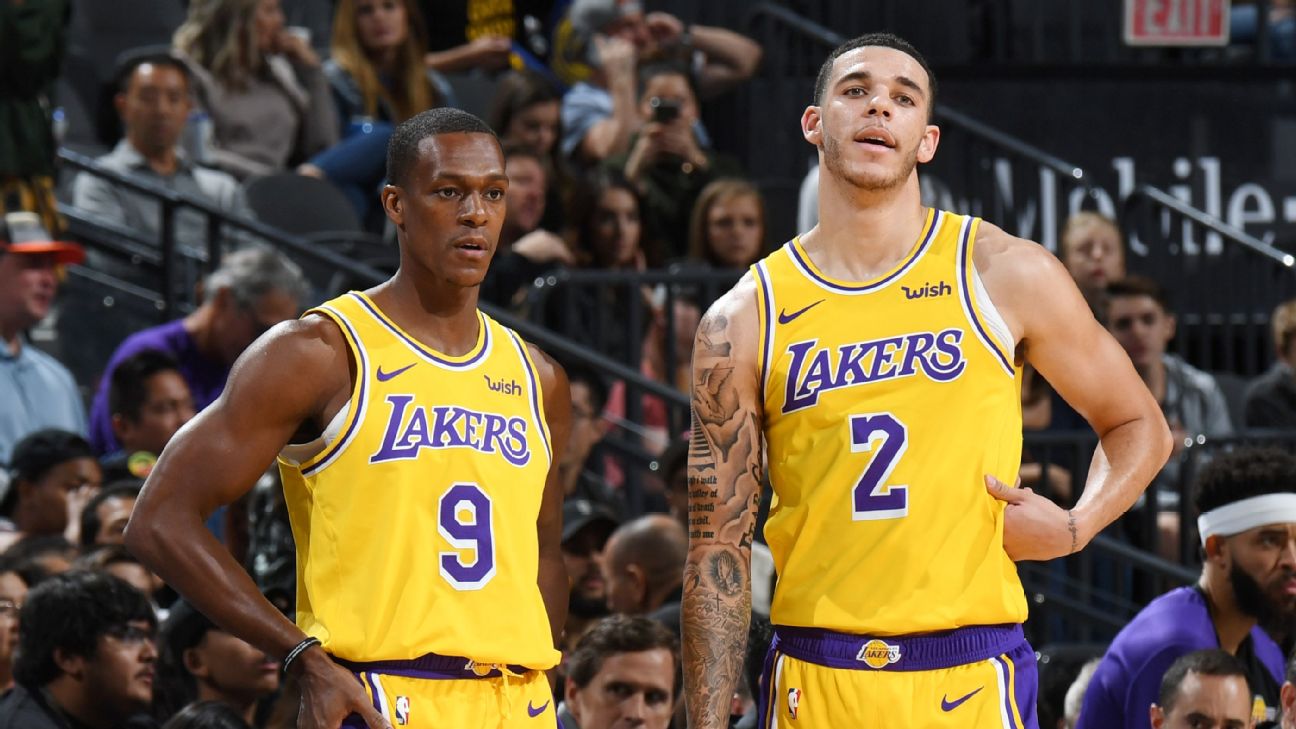 SAN ANTONIO -- The Los Angeles LakerskeptLonzo Ball in the starting lineup for Saturday night's 110-106 loss to theSan Antonio Spurs, even with Rajon Rondoback with the team after serving a three-game suspension.

Ball scored only six points on 2-of-8 shooting in 27 minutes with three assists, while Rondo had 12 points (4 of 8) and five assists in 29 minutes.

"We do whatever we think is going to be best for our team," Lakers coach Luke Walton said before Saturday's game. "It doesn't matter who starts. That's been a theme of ours, a message of ours since training camp. It's about our team, it's about our team getting better, our team winning games. First unit, second unit, mixing groups together, there's a lot that goes into it. You don't just put the best five players on the court in the starting lineup. That's not the way it works when you're trying to build something.

"So it doesn't matter who is starting. They're both fine either way. They just want to win is what they've told me."

Rondo, signed in the offseason to a one-year, $9 million contract after LeBron James' public fawning over the basketball IQ of the four-time All-Star, averaged 13 points on 57.1 percent shooting (50 percent from 3), 10.5 assists, 5.5 rebounds and 1.5 steals in the Lakers' first two games.

The Lakers lost both games -- close contests against Portland and Houston.

Walton added that he is interested in finding opportunities to split James' and Rondo's playing time so there is a constant veteran presence on the floor for the Lakers.

Rondo's suspension was the result of a fight with Houston Rockets point guard Chris Paul, in which Rondo threw several punches and allegedly spit in Paul's face, according to the league.

Ball opened the season on a minutes restriction after undergoing offseason surgery on his left knee, but that limitation has since been lifted by the Lakers' training staff.