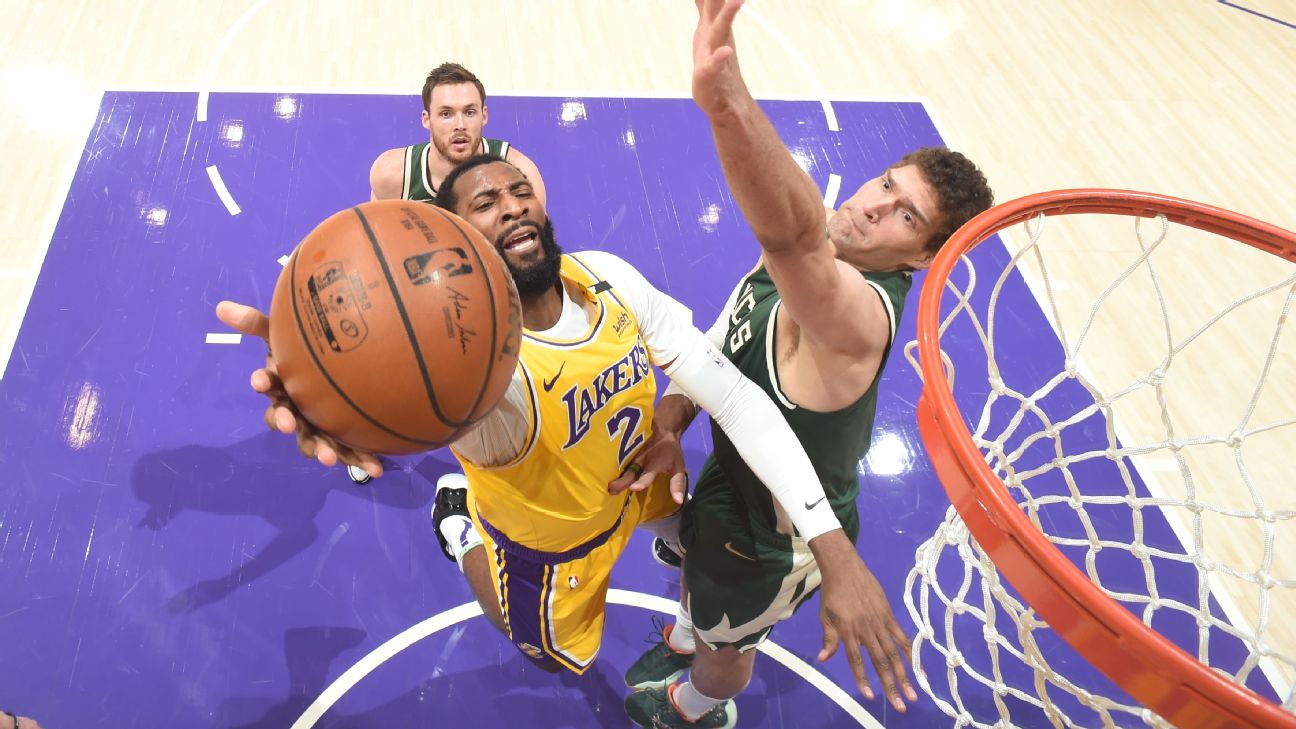 LOS ANGELES -- You could say Andre Drummond stubbed his toe making his way out of the starting blocks in his Los Angeles Lakers debut. Literally.

The newly acquired Lakers center exited Wednesday's 112-97 loss to the Milwaukee Bucks with a bruised right big toe in the third quarter and did not return. X-rays on Drummond's toe came back negative, according to the team.


Lakers coach Frank Vogel said Drummond would be reevaluated Thursday and his status is day-to-day. The Lakers play next on Friday on the road against theSacramento Kings.

"I didn't really think anything of it," Drummond said. "I came back in the second quarter and it was hurting a little bit more. And then after halftime, I finally took my sock off to look and my whole toenail was gone. So, it was just all bad from there. I couldn't walk or run. So I just told Coach [Frank Vogel] to take me out."

It was Drummond's first game action since Feb. 12, after which his former team, the Cleveland Cavaliers, pulled him from the rotation while searching for a trade partner to take on the nine-year veteran's $29.5 million salary. Drummond was waived last week when the Cavs couldn't find a deal to their liking, and he signed with the Lakers on Sunday.

Despite the lengthy layoff, Drummond said, "right now, I'm probably in the best shape I can be in" earlier this week when looking ahead to suiting up for the Lakers for the first time.

Drummond started the game in a pair of Air Jordan XI IE sneakers and swapped them out for a pair of LeBron 16 Lows. He received treatment at halftime, delaying his readiness for the third quarter, leaving Vogel no choice but to start Montrezl Harrell at center for the second half.


Drummond subbed in for Harrell with 9 minutes, 29 seconds remaining in the third quarter, and then checked out of the game for good with 7:55 on the clock, limping to the bench. Before heading to the locker room, Drummond removed one of his sneakers, revealing a wrap around the big toe and second toe on his right foot.

"What do you do for a toe? I don't know," said Drummond, who wore sandals during his postgame interview. "I'm not really sure what to do. I'm just going to talk to the training staff and find out what's the best thing to do to get back as quick as possible."

Lakers forward Markieff Morris said he has lost a toenail before and that it was an ordeal to overcome.

"I mean I played the next game, but s---, man, that s--- was like a month and a half before it started feeling better," Morris said. "Because you don't realize how much your toe is rubbing against the top of your shoes, or you're using your toe for power. ... It's a terrible thing."

Said Drummond: "I've lost a toenail before. But this one was very painful."


It was not the debut he and the Lakers were hoping for; however, there was a flash of success in his initial shift as a Laker. L.A. outscored Milwaukee by seven points in the seven minutes Drummond played in the first quarter.

"In that first quarter, a lot of energy from our guys and myself," he said. "We were having a lot of fun out there. Just unfortunate for that to happen in the first game."

Marc Gasol, displaced from the starting lineup by Drummond, started the fourth quarter at center and contributed 2 points, 3 rebounds, 2 blocks, 1 assist and 1 steal in 6 minutes.

While Gasol declined to speak to reporters afterward -- the third time he has declined since L.A. acquired Drummond -- several members of the team praised him for his professionalism.

"Obviously, it's not easy by any means. Give that man his credit," Lakers guard Wesley Matthewssaid. "We love what we do and we compete and we're ultra competitors, and that's never easy for anybody in that position.

"For him to step up like he did and make the plays that he made and to be there and supportive of us the whole time, I mean, I got nothing but respect for him." 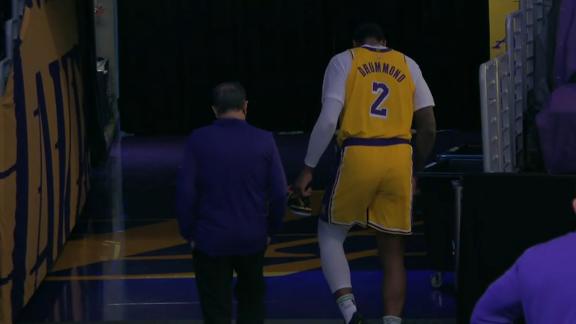