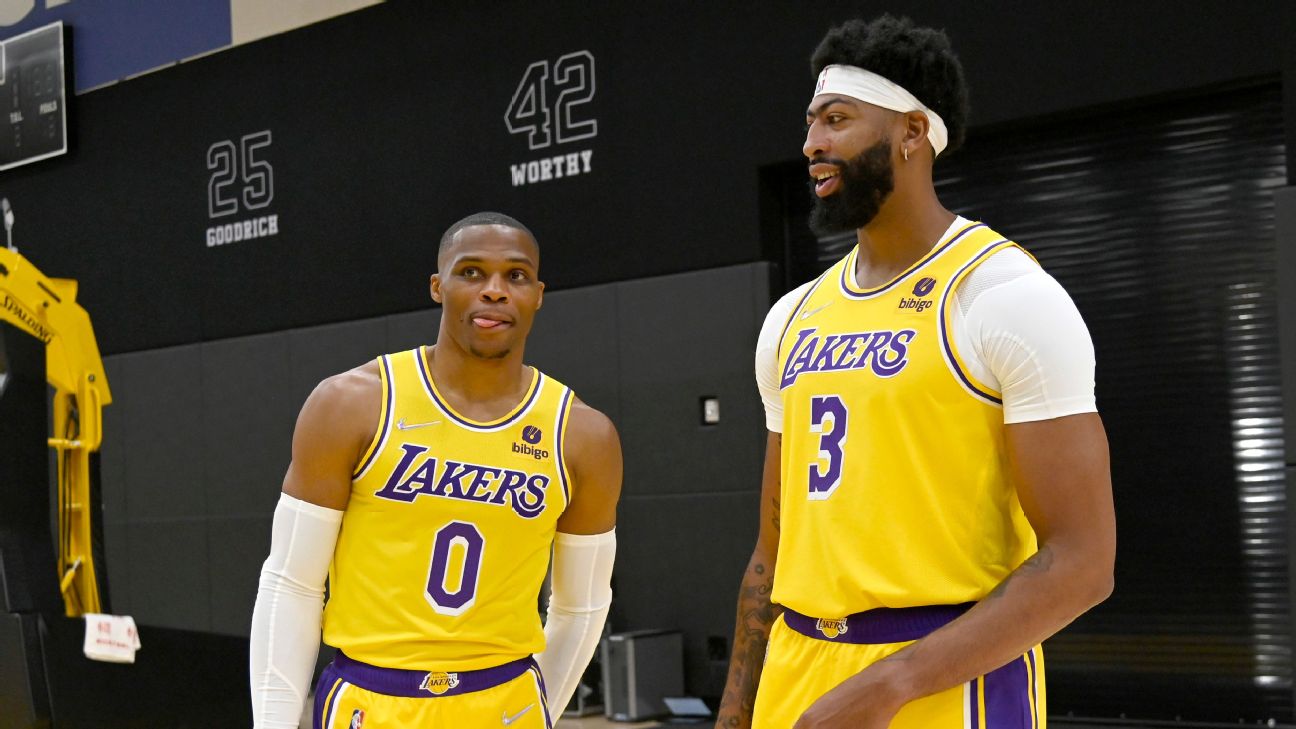 "He's one of a kind," Westbrook said of Davis on Wednesday. "There's nobody like him who can do everything he's able to do at his size. And my job is to make sure I continue to push him each day, each practice, each game, so he can be at the top of his game each and every night."


Davis was nowhere near the top of his game last season. He missed 36 games due to injury -- exactly half of L.A.'s pandemic-shortened 72-game campaign -- which was more than he missed in any full 82-game season. Davis missed 21 games in the 2015-16 season.

Davis averaged the fewest rebounds (7.9) and blocks (1.6) of his career last season and also shot his worst percentage from the field (49.1%) and free throw line (73.8%). His 21.8 points per game marked his lowest scoring average since his second year in the league.

About to enter his 10th season, Davis, 28, has already racked up a slew of accomplishments in the NBA -- eight All-Star appearances, four All-Defensive Team selections and, of course, the 2020 championship in the Orlando, Florida, bubble.

Westbrook believes Davis' ceiling should be far higher than what he produced last season.

"He's been in this league a long time, so he understands how to play the game," Westbrook said. "He knows what he needs to turn up, and I know now he wants to turn up. So, it's my job to make sure that's up every single night."

Davis, who spoke to reporters while sitting next to Westbrook after practice, heard what the Lakers' new point guard said about him and embraced it.


"I like teammates who are going to push me," Davis said. "Encouragement -- I don't need encouragement. I want to be pushed. I want guys to tell me when I'm messing up. Me and Russ had numerous conversations in this first practice alone about things we can do together as a duo when we're both on the floor."

Davis went on to list a handful of teammates beyond Westbrook --LeBron James, Rajon Rondo, Carmelo Anthony, Dwight Howard, DeAndre Jordan-- who stay on him.

"That's what I want," Davis said. "I got numerous guys that's always in my ear about things, so you can't ask for more as a player who wants to get better."

Lakers coach Frank Vogel, who said earlier this week that he would push Davis in his own way by playing him more at the 5 this season, believes that Davis is more of a self-starter than he was letting on.

"I think Anthony doesn't quite frankly need a whole lot of that," Vogel said after the first practice of L.A.'s two-a-day session to open training camp. "He's very motivated to have a bounce-back year from what happened last year, and we were all disappointed that he wasn't able to be at his best due to the injuries and the lack of the offseason.

"But he's definitely put in the work this offseason; he looks really good, and we'll all be pushing each other." 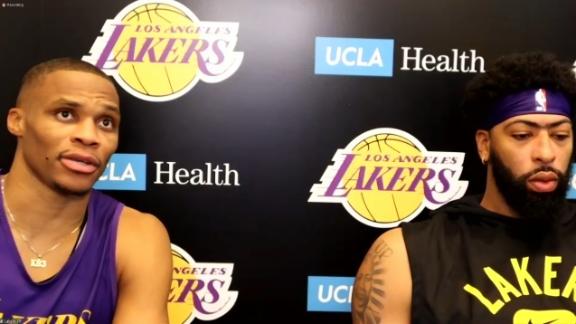