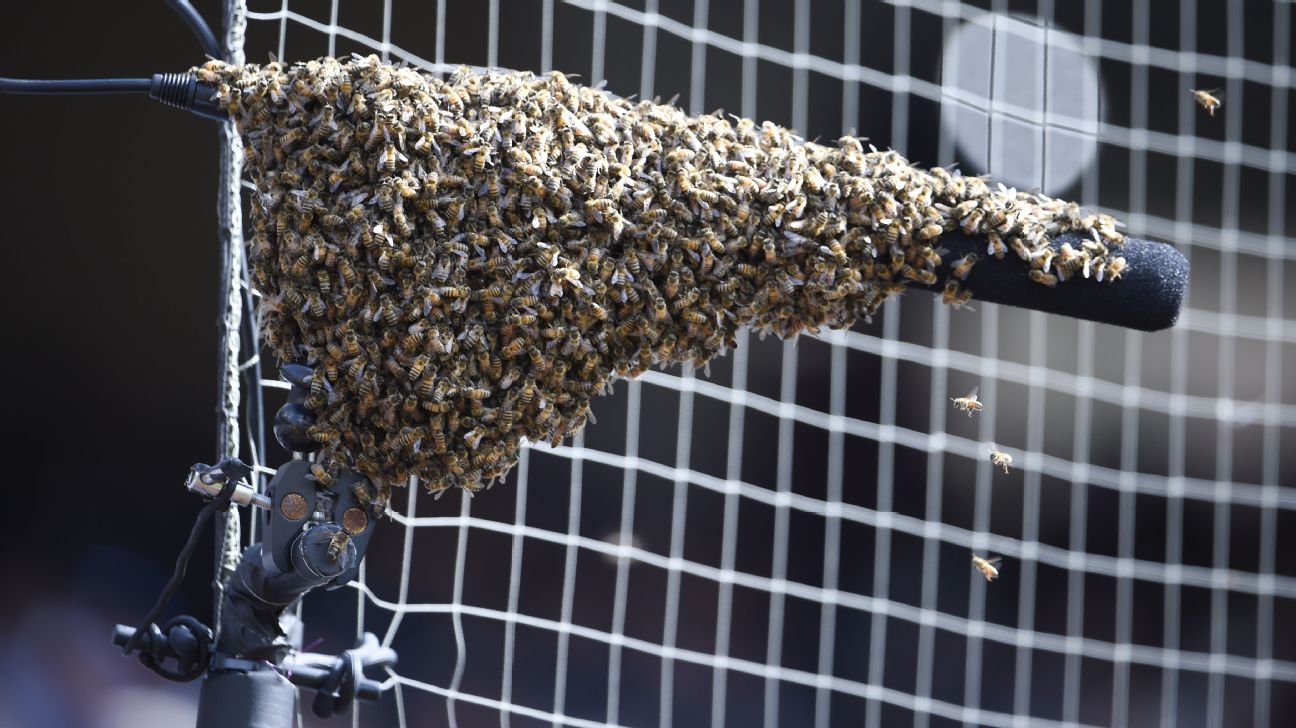 SAN DIEGO -- The game between the Miami Marlins andSan Diego Padres at Petco Park was delayed for 28 minutes after a swarm of bees settled onto a microphone attached to the netting near the home dugout.

With Padres rookie Josh Naylor about to bat with two outs in the third inning Sunday, players began scattering. Marlins catcher Jorge Alfaro headed to the dugout and plate umpire Gerry Davis moved back from the field.

Eventually all the players left the field. An exterminator in a beekeeping suit climbed a ladder and sprayed the bees. He then used a shop vacuum cleaner to remove the dead bees, and the grounds crew tidied up the area.

Naylor flied out to end the inning.

"That was the first I've ever seen that, I think,'' said Marlins starter Trevor Richards, who held San Diego to one hit in five scoreless innings. "I just went in and sat down for a little bit. They told me it was going to be at least 10 minutes. I kind of just took it as almost like another break for an inning. Sat down for a little bit, and then once the guy got there, I figured I should throw a little bit. Just treated it like a new inning almost -- just only had to get two outs that time.''

Richards struck out eight and walked two, and the Marlins beat the Padres 9-3 to win two of three.

There was a bee delay of 52 minutes on July 2, 2009, during a Padres game with the Houston Astros at the downtown ballpark, which opened in 2004.

The Padres play again Monday against the Phillies at Petco Park (7:10 p.m. PT on ESPN+). 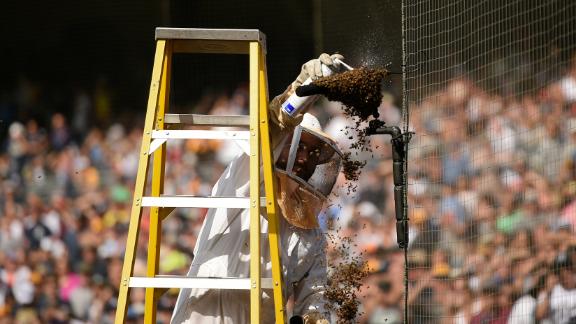