Mavs' Kristaps Porzingis ejected after second technical for 'being an escalator' 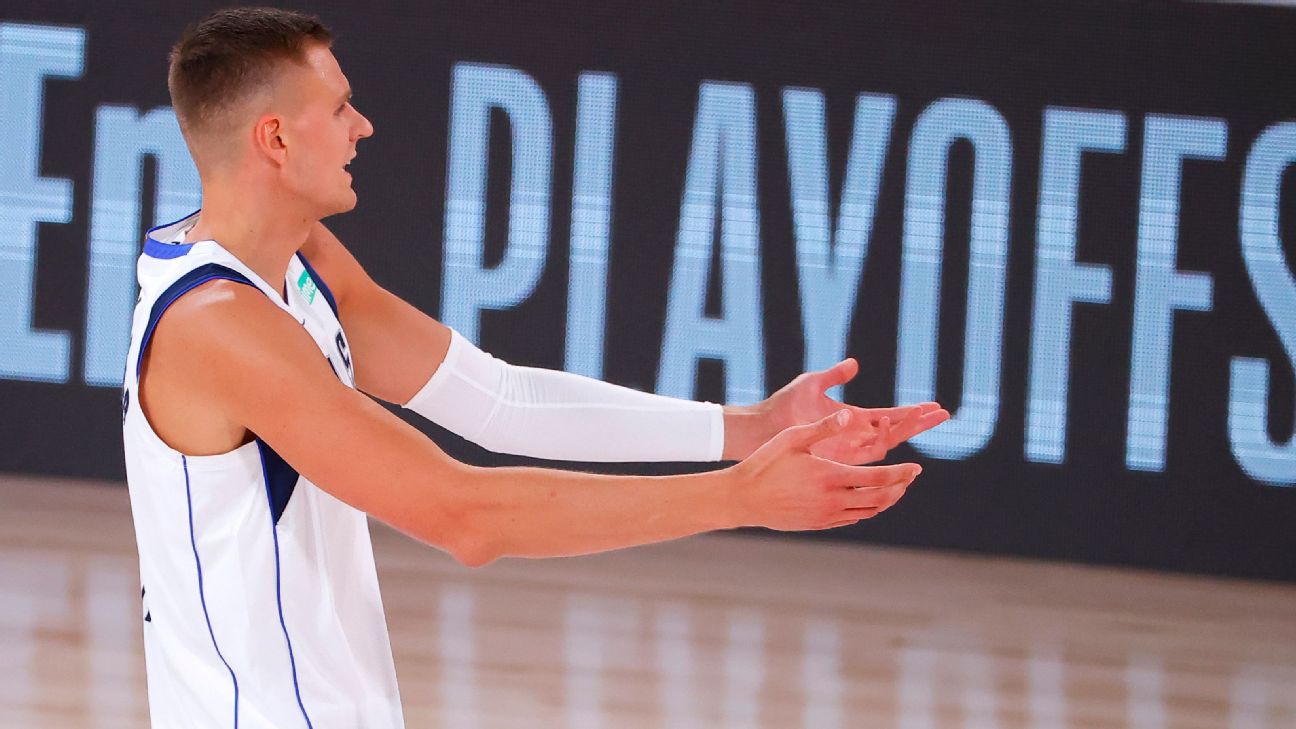 Dallas Mavericks center/power forward Kristaps Porzingis was ejected from an NBA game for the first time during his playoff debut Monday night, prompting a pair of the league's legends to rip the referees for a quick whistle.

Porzingis was automatically ejected after being called for his second technical foul with 9:10 remaining in the third quarter. Dallas would go on to lose 118-110 to the LA ClippersinGame 1 of their Western Conference first-round series in Lake Buena Vista, Florida.


Referees gave Porzingis and Clippers forward Marcus Morris Sr.double technicals following a confrontation that began when Morris wrapped his arms around Luka Doncic, drawing the ire of the Dallas star. Porzingis confronted Morris, and they were separated after Morris shoved Porzingis.

"I saw him getting into Luka's face and I didn't like that," said Porzingis, who had 14 points and six rebounds in 20 minutes before his ejection. "That's why I reacted. That's a smart, smart thing to do from their part. I've just got to be smarter and control my emotions the next time."

Mavs owner Mark Cuban, who has accumulated seven figures' worth of fines for criticizing officiating during his tenure of more than two decades, declined to comment on Porzingis' ejection when contacted by ESPN.

Morris did not think the confrontation warranted anything, let alone Porzingis' ejection.


"I didn't think it was much of nothing, honestly," the Clippers forward said. "I think Luka thought that I was being, I guess, extra physical or something, but if you look at the film, I actually wasn't doing anything. I didn't think it was enough to get technical fouls. I wish that Porzingis played because it's playoffs, man -- nobody should get thrown out in playoffs. I know that really hurt their team. Not my fault, but I didn't think it was that serious."

"I knew KP had my back -- he did it for me, he did it for his teammate," Doncic said. "He had my back. I appreciate that. I don't think it was fair to get him out of the game, especially in the playoffs. We had to play without him, which was tough."

Porzingis received his first technical after protesting a foul call against him with 6:02 remaining in the second quarter. Replays confirmed that Porzingis cleanly blocked Paul George's layup attempt, but he was called for the foul and assessed a technical after reacting by punching the air and shouting a few words.

"The first one, even though I felt like it was a clean block, they're probably going to call that tech for throwing [a punch] in the air every time," Porzingis said. "I've just got to be smart and not let my emotions get the better of me."


As Mavs coach Rick Carlisle noted, George was also called for a technical foul in the second quarter after throwing an air punch in protest of a call, a violation of the NBA's Respect for the Game guidelines that were an emphasis entering the season.

"It's automatic. It's in the rulebook," Carlisle said. "It's not even a discussion. So, look, that's just part of this that we've got to realize, and now we know. And we'll move forward and we'll be better for it."

Dallas had a 71-66 lead over the Clippers when Porzingis was ejected. L.A. outscored Dallas by a 21-11 margin the remainder of the third quarter to seize the lead.

"I can tell you we're a better defensive team when he's on the floor," Carlisle said. "We need him out there -- we know it, he knows it. We're here to win the series, so we're disappointed with this game and the outcome." 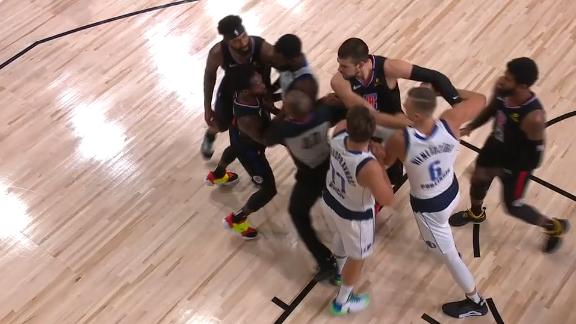