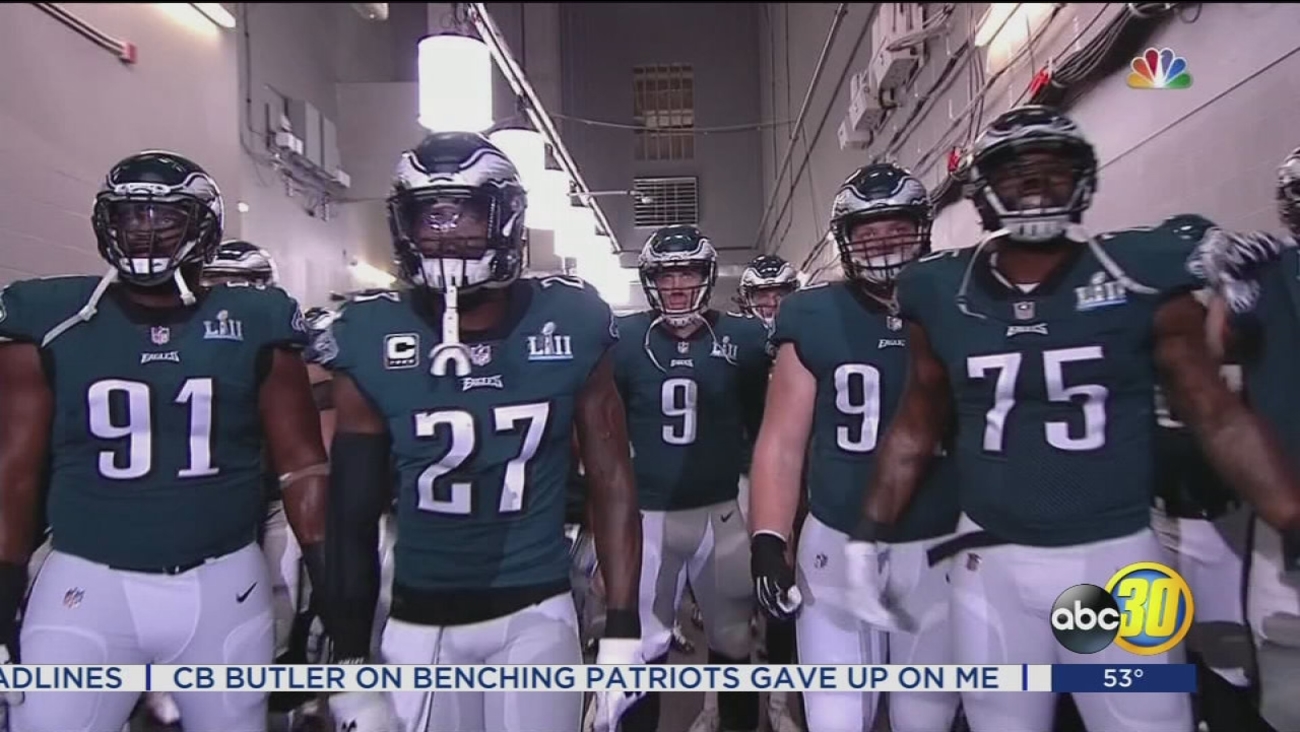 The Philadelphia Eagles' flight from last to first ended up with a Lombardi Trophy. (KFSN)

President Donald Trump has called off a visit by the Philadelphia Eagles to the White House Tuesday due to the dispute over whether NFL players must stand during the playing of the national anthem.

Trump says in a statement that some members of the Super Bowl championship team "disagree with their President because he insists that they proudly stand for the National Anthem, hand on heart."

Trump says the team wanted to send a smaller delegation, but fans who planned to attend "deserve better."

He says he'll instead be hosting "a different type of ceremony" with the U.S. Marine Band.

The NFL recently announced a new policy requiring players to stand for the anthem if they're on the field before a game. Trump had suggested players who kneel be fired.

The White House Press Secretary released the following Monday at 7 p.m.:
The Philadelphia Eagles are unable to come to the White House with their full team to be celebrated tomorrow. They disagree with their President because he insists that they proudly stand for the National Anthem, hand on heart, in honor of the great men and women of our military and the people of our country. The Eagles wanted to send a smaller delegation, but the 1,000 fans planning to attend the event deserve better. These fans are still invited to the White House to be part of a different type of ceremony-one that will honor our great country, pay tribute to the heroes who fight to protect it, and loudly and proudly play the National Anthem. I will be there at 3:00 p.m. with the United States Marine Band and the United States Army Chorus to celebrate America.
Report a correction or typo
Related topics:
sportsaction news sportsphiladelphia eaglespresident donald trump
Copyright © 2021 by The Associated Press. All Rights Reserved.
More Videos
From CNN Newsource affiliates
TOP STORIES