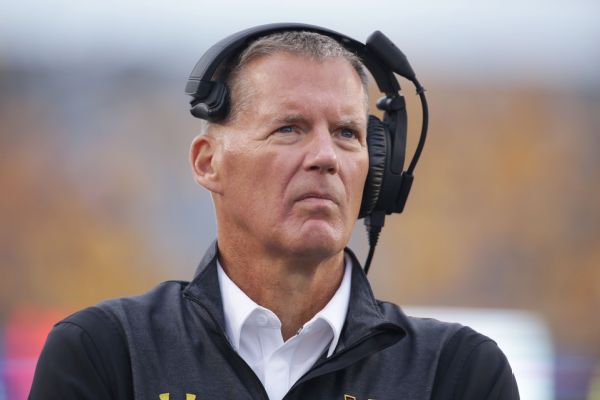 Randy Edsall, who coached UConn for 12 seasons before leaving in 2010, will return as head coach of theHuskies, the school announced Wednesday.

Edsall coached UConn from 1999 to 2010 before leaving to become coach atMaryland, where he eventually was fired six games into the 2015 season.This season, Edsall has been the director of football research -- special projects for the Detroit Lions.

He left the Huskies immediately after the 2011 Fiesta Bowl, without flying home with the team or ever addressing his players about the departure.

"Certainly as I look back on it, I wish I had done things differently in that instance," Edsall said of his 2011 exit. "I completely understand and respect that there are loyal fans, supporters and former players that still have not forgotten and it will take time to forgive. I have many incredible memories of my time at UConn and I hope the fans do too. It is my goal to get us back to that level of success and I hope that all of the Husky fans out there will be along for the ride."

Edsall, who signed a five-year deal with the Huskies, will replace Bob Diaco, who was fired Monday after three seasons. Edsall will receive $1 million base pay, and can earn additional salary incentives based on performance and achievement., the school said. There also will be a $3 million buyout for both the coach and the school, which decreases annually by $1 million over the first three years of the deal.

"Coach Edsall is the right fit for our university, football program and student-athletes," athletic director David Benedict said in a statement. "He led UConn to its most successful period in the history of our football program, and I believe he will provide consistent leadership and long-term success once again."

"I went there because of him. He just kind of sold me on, you know, the idea of trying to go do something that most people thought was going to be impossible and just kind of challenged me to see if I could become the player I wanted to be, that kind of thing," Orlovsky said.

At Maryland, Edsall led the Terps to consecutive bowl bids in 2013-14, the school's first back-to-back winning seasons in 11 years. At UConn, he built the program from the FCS ranks to an FBS independent and eventually competed as a member of the Big East Conference.

Edsall was 74-70 at UConn, tying for a pair of Big East titles and earning the first bowl bids in school history. UConn went to five bowls under Edsall, including the 2011 Fiesta Bowl, the school's only BCS bowl berth in program history.