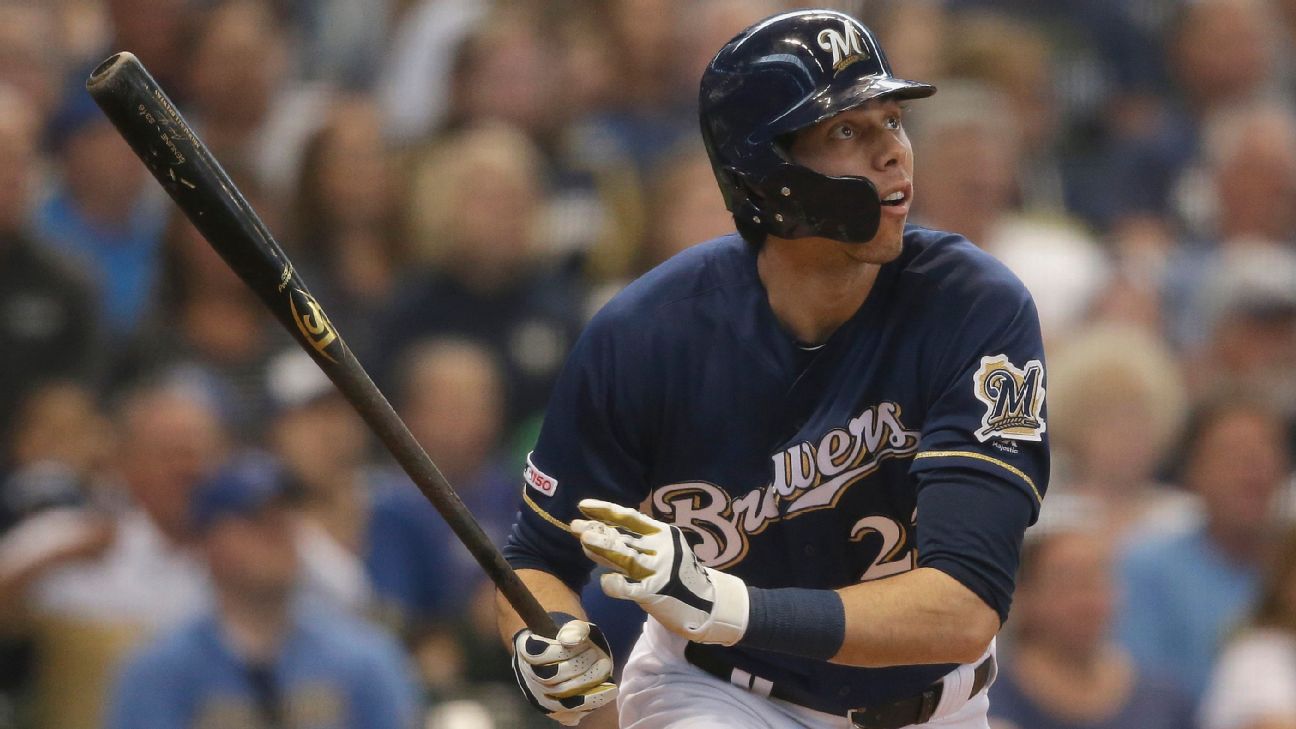 One place baseball is not struggling to draw fans: Milwaukee. Before 45,375 at Miller Park on Sunday, the Milwaukee Brewers beat the Pittsburgh Pirates 5-2 to complete a three-game sweep. One of the highlights for the Brewers: Christian Yelich hit his MLB-leading 24th home run in going 2-for-4 to raise his season line to .340/.446/.745.

Since hitting .400 for the last time on May 21, Bellinger has hit just .226 and has now had three hitless games in a row after not having two in a row before. Yelich has passed Bellinger in slugging percentage and OPS, and the potentially epic MVP race is back on. (To be fair, Bellinger's slump is really just these three games. He had hit safely in his previous 12 games and hit .286/.375/.571. It's only a slump because he was hitting .404 a couple weeks ago.)

Anyway, how epic could this MVP battle become? Consider their on-pace stats:

More impressive, both players are on track for 10-WAR seasons if they keep hitting and defending like they've done so far. Bellinger entered Sunday with 5.6 WAR via Baseball-Reference.com and 4.6 on FanGraphs. Yelich entered at 4.0 on both sites and is probably at 4.2 after Sunday's game. Both the Dodgers and Brewers have played 66 games, so Bellinger is comfortably ahead of 10-WAR pace while Yelich is at 10.1 -- and the on-pace projections sell him a little short since he missed a few games and is on pace to play only 147 games.

What defines an epic MVP race? I'm not thinking of controversial MVP votes -- such as Miguel Cabrera versus Mike Trout in 2012 and 2013 -- or even close MVP votes, such as 2017, when Giancarlo Stanton edged out Joey Votto by two points. I'm thinking of races when both players had historic seasons. Stanton and Votto, for example, were amazing in 2017, but Stanton's 7.9 WAR and Votto's 7.4 (using Baseball-Reference numbers here) were pretty standard WAR totals for MVP winners.

Seasons of 10 WAR for position players are extremely rare. There have been only 15 in the past 50 seasons. What if we use the following definition for an epic MVP race: Both players have 10.0 WAR and finish 1-2 in the MVP voting. Here's what we find:

That's it since the Baseball Writers' Association of America began voting on MVP winners in 1931. The only other season with two position players (retroactively, of course) credited with 10 WAR was 1948, but one was in the NL (Stan Musial) and the other in the AL (Lou Boudreau). Both won their respective MVP awards.

If we lower our standards to 9.0 WAR, we get a much bigger sample, although not many where the players finished 1-2 in the MVP voting. As an example, in 1996, Mariners teammates Ken Griffey Jr. and Alex Rodriguez each passed 9.0 WAR, but Juan Gonzalez won the MVP.

That's one list of epic MVP races. Will we add Yelich and Bellinger by the end of the season?

Back to back to back to back: Tied 1-1 in the top of the eighth inning Sunday, the San Diego Padres brought in reliever Craig Stammen and the Washington Nationals made history when this happened:

The four home runs came in a span of seven pitches, all off Stammen, who had allowed five home runs in 33 innings entering the game.

"You don't want to be the one who doesn't hit one. It was pretty crazy. It doesn't happen a lot. You're just glad you're on this side and not the other side," Nationals third baseman Anthony Rendon said after the game.

Indeed, it's just the ninth time a team has hit four consecutive home runs. The Nationals were actually the previous team to do it, in 2017. The eight other times:

MadBum gets a little mad: It's possible that Sunday's start for Bumgarner will be his final one against the Dodgers as a member of the Giants. The Giants play the Dodgers next Monday through Thursday, but with two off days this week, Bumgarner might not pitch again until Saturday or Sunday against Milwaukee, thus could miss the Dodgers series. Then the two teams don't play each other again until September -- by which time Bumgarner might be wearing another uniform.

If so, it was fitting that Sunday's game featured a strong start from Bumgarner -- plus a signature Bumgarner. The only run in the 1-0 game was Muncy's first-inning home run into the kayaks:

Bumgarner didn't like that Muncy enjoyed the flight of the ball a little too much and the two exchanged phone numbers as Muncy rounded the bases. Muncy offered the classic comeback after the game: "If you don't want me to watch the ball, you can get it out of the ocean."

Bumgarner is 15-13 against the Dodgers in his career, but with a 2.52 ERA. He should be better than 15-13, but the Giants have scored more than three runs just 10 times in his 34 career starts against the Dodgers. This game, however, is an indication of why Bumgarner will be in demand at the trade deadline: The belief that he can step it up in big games, as he has done in October in the past -- plus that little bit of attitude that makes him MadBum.

Encarnacion hits No. 400: Maybe the most underrated power hitter of the past decade, Edwin Encarnacion hit the 400-homer mark for the Seattle Mariners on Sunday:

Congrats to Encarnacion and his parrot. Encarnacion is up to 20 home runs and could be an interesting pickup for a team needing a designated hitter (such as the Houston Astros) or bat off the bench for an NL team. He's making $20 million this year and there is a $5 million buyout, so the Mariners would probably have to pick up some of the salary.

Or maybe the Astros don't need a DH: The Astros finally called up Yordan Alvarez, who was only hitting .343/.443/.742 at Triple-A Round Rock with 23 home runs. The big Cuban did this in his second at-bat in a 4-0 win over the Baltimore Orioles:

If Alvarez proves to be a force, adding another left-handed bat to Michael Brantley and Josh Reddick will provide more balance to the Houston lineup -- and make the Astros that much tougher.

Finally, a non-home run highlight: OK, that's a lot of home runs. Here's Rougned Odor with a straight steal of home to help remind as that baseball needs more bash and dash instead of just bash and mash:

Bryce Harper also tried a straight steal of home with Eugenio Suarez playing off the base and Sonny Gray working from a full windup, but was called out:

Harper's dash came with two strikes and two out with Rhys Hoskins batting, but if you watch the replay, the pitch actually should have been called strike three, which would have nullified the steal attempt. In fact, it appears Hoskins and home-plate ump Jordan Baker both forgot to do their jobs as Harper broke home. If Baker had called strike three as Hoskins stepped away from the pitch, Harper's run wouldn't have counted even if he had beaten the throw.

In other words: Don't try to steal home with two out and two strikes and your best hitter up. It was a pretty boneheaded play by Harper, even if it was a hustle play. Oh, the Phillies lost 4-3. 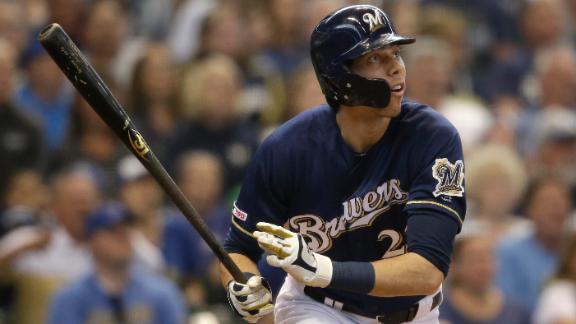