Steve Kerr, Golden State Warriors thrilled to have 'the old Klay' Thompson back at official practice 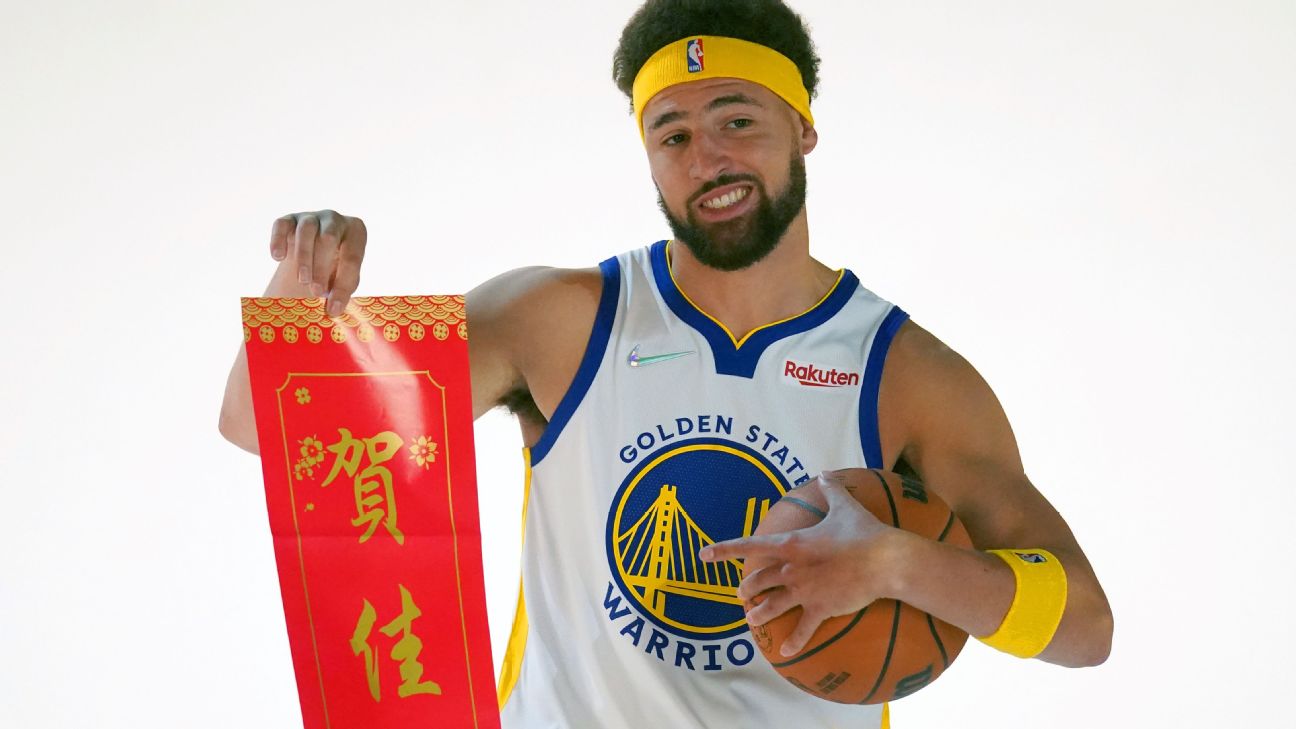 SAN FRANCISCO -- Golden State Warriors swingman Klay Thompson is starting to look more like his old basketball self amid his rehabilitation from a torn right Achilles injury.

Participating in his first official team practice since suffering the injury in an offseason workout Nov. 18, 2020, Thompson knocked down shots from all over the court, much to the delight of his teammates and coaches.


"Klay looked great," Warriors coach Steve Kerr said after his team's first practice Tuesday. "Shooting the lights out. His team won the daily shooting competition. And he was smiling, laughing, joking around, it was really fun to see the old Klay back."

Thompson, who hasn't played in an NBA game since June 13, 2019, after suffering a torn ACL in his left knee in Game 6 of the NBA Finals against the Toronto Raptors, has been bouncing around the team's facility in good spirits in recent days as he looks forward to the chance to play competitively again.

"Everyone's excited that Klay is out on the floor," Kerr said. "He basically did every single thing in practice today. We didn't scrimmage, we didn't have any live contact, but Klay is just so happy to be playing and we're all so happy to see him part of it. So just a really good first day, first couple of days, and good energy as we start to get rolling."

While Thompson's return is still several months away, Kerr acknowledged that the former All-Star's presence in practice has given the rest of his group an emotional boost.

"Part of it is his spirit, his energy, his joy," Kerr said. "A big part of it too is, 'Yeah, we got Klay.' The confidence level as a group -- we're getting Klay back. It makes us all feel better. And that's the sense that I have from our guys."


While the Warriors are hesitant to put a specific return date on Thompson's comeback as he continues rehabbing, general manager Bob Myers said during Monday's media day that the organization's hope is that some time, likely in December or January, Thompson comes to the coaches and front office and says he's ready to play again -- in consultation with the team's medical staff.

Thompson noted on Monday that "I'm probably like 75 or 80 percentile of what I need to do," as far as rehab goes. Either way, the Warriors are glad that Thompson is inching closer to a return -- and they can see that the extended rehab process from two career-altering injuries has made the 31-year-old embrace the game, and the world around him, even more.

"I think his time away brought him a lot of suffering," Kerr said. "Because the thing he likes best was taken away from him. It's the first time that's ever happened. And so, while he was away he had to go through some struggles that probably illuminated some of the struggles that other people have every day. So it's a pretty natural time to be sort of growing at that age, and emotionally expanding. And none of that surprises me given what we've known about Klay over the years.