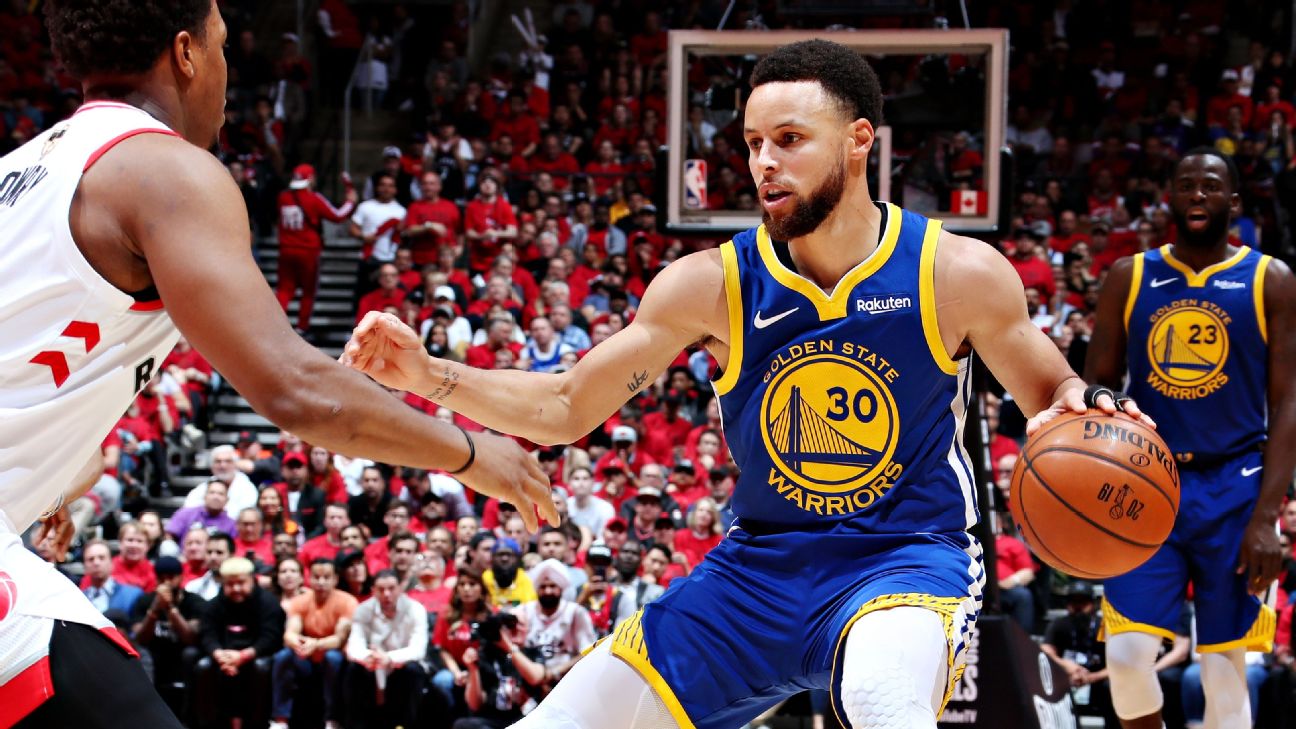 ESPN
By Nick Friedell
SAN FRANCISCO -- As Golden State Warriors superstar Stephen Curry gets ready to enter his 11th NBA season, he does so with those around him believing he is at the "peak" of his basketball powers. Warriors coach Steve Kerr has reiterated throughout training camp that he is not expecting Curry to do more than he has already shown he can do over the years, even though the organization enters the new year in a transition without Kevin Durant, who signed with the Brooklyn Nets, and Klay Thompson, who continues to rehab a torn left ACL.

"Just the usual," Kerr said after Sunday's practice. "I'm not looking for anything different than what he's done for five years, but what he's done is pretty special: two MVP's and a perennial top-five player. He's had an incredible camp. To me, he's at his peak physically, mentally. He's seen every defense that people have thrown at him now during his career, and he's ready to have a great year."

Kerr believes Curry, who averaged 27.3 points a game last season while leading the Warriors to their fifth consecutive Finals appearance, has all aspects of his game coming together at the right time.

"Because it's the perfect time physically and mentally where everything's come together," Kerr said, explaining why he feels Curry is in his prime. "He's in his prime age-wise, strength and conditioning-wise and defensively he's seen everything that's come his way. Teams have played him every possible way that you could think of, and he's had years now to work on counters. So he's kind of in his sweet spot right now, and he has been the last couple years. And hopefully that continues for the next few years. But he's an amazing player."

For his part, Curry has repeatedly brushed off talk of a possible third MVP award this season. He says he is just focused on trying to rack up wins with his new teammates and noted recently that Kerr never communicated to him that he had to do more this season with so many new faces on the roster.

"It's just the natural way of our offense and how we play," Curry said. "I'm going to have the ball in my hands a lot more. Just got to make the right plays, be confident, aggressive, assertive every possession. And that gets the dominoes falling, [to] use a term that he uses all the time. If you draw attention and you don't have a shot, move it on. It might come back around to you, other guys get touches, and we start to create and get offense that way. If we got to force the issue every once in a while and we got to get shots up and keep the momentum going, you just got to read the situation as it comes. But it's not really that different -- if you have the ball in your hands, make a play."

Kerr did acknowledge that Curry has taken even more of a leadership role in recent years. Without veteran stalwarts Shaun Livingston and Andre Iguodala this year, it will be up to Curry and Green to set the tone in a very young locker room as they wait for Thompson to get healthy. At 31 years old, Curry comes into the year as the oldest player on the Warriors' roster.

"He's never going to be Draymond," Kerr said. "He's never going to be up, barking away. But he's more inclined to say something now than he would have been when I first got here, for sure. And I think with this team especially -- Steph's smart, and he realizes what we've lost in the last couple of years from a veteran leadership standpoint. So he understands he's got more responsibility in that regard now."

Before training camp began, Curry said he understood that it would be key for him to bring the younger players along this year.

"I don't have to change who I am as a leader," Curry told ESPN. "I think it's more so just about awareness and understanding what this team needs specifically in the details to help us be successful. IncorporatingD'Angelo [Russell], who is going to be great for us. Building that chemistry between myself and him in that backcourt and some of our young guys who are going to need to contribute at a very high level for us to be successful and just helping them along however I can. But I've always been a leader by example. Be vocal when necessary and that's just who I am, that's how I continue to lead, but it's all about just having an awareness of how this team is different than teams of past and embracing that."

The Warriors are embracing the fact that they still have Curry on the team, and they agree with Kerr's assessment: Curry is at his best right now.

"He's different," new Warriors swingman Alec Burks said. "I don't know what he got, he's different. Just playing against him seven, eight years and then actually being around him every day, playing pickup with him, scrimmaging with him. He's in a different type of mood right now. He's locked in. It's great to be a part of, not against." 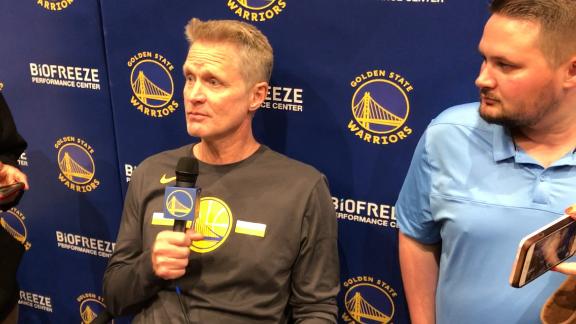 Kerr: Curry is at his peak physically and mentally
Steve Kerr lauds how Steph Curry has looked at training camp and is expecting a great year from his point guard. 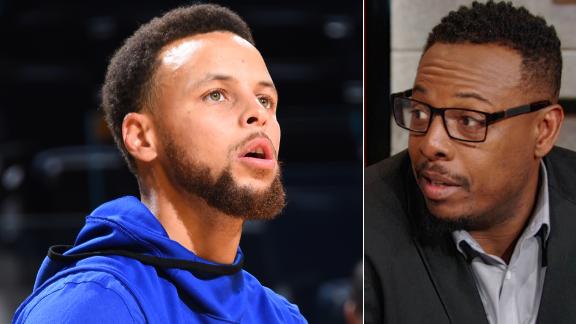