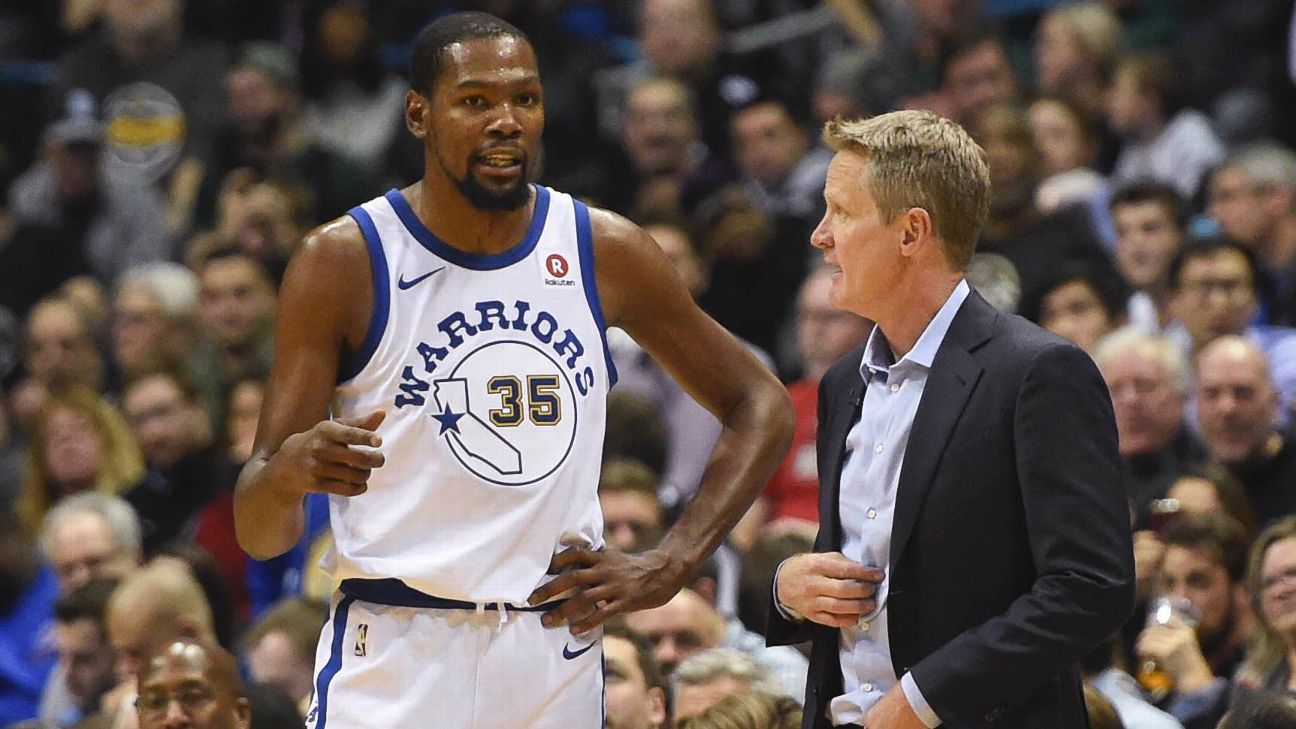 TEMPE, Ariz. -- Golden State Warriors coach Steve Kerr said Friday that as the popularity of the NBA continues to grow, players and coaches feel like "actors in a soap opera" -- especially with stars signing shorter contracts than ever before.

Kerr's comments came in the wake of an emotional news conference by Kevin Durant on Wednesday night, during which the Warriors forward said he didn't trust the media amid speculation that he could be headed to the New York Knicks via free agency this summer.

"Maybe there's more of that [speculation] because of the movement at the top of the star players that we've seen in the last few years," Kerr said. "But more than anything, this is the modern NBA. There's so much interest in things that go way beyond the basketball court. It used to be pretty much you just had to talk about basketball.

"We're all actors in a soap opera. We really are. So we have to deal with that part of it. And also understand that that's a big part of the revenue stream. The intense interest and passion that fans have for who's going where, what team's doing what. It'd be nice if everyone could just pay attention to pick-and-roll coverage, but gossip is more interesting sometimes and we're all part of that. So you just accept it and deal with it the best you can, and you keep moving forward."

Kerr has talked to Durant since the incident, but is keeping those conversations private. He believes Durant should be given a "pass" for what he said Wednesday.

"He was blowing off some steam," Kerr said. "We know Kevin very well. He's been here three years. I think you guys would agree he's been really good with media, with you guys. He's been a great teammate. We all have moments of frustration, times in our life when we maybe don't feel like talking, maybe we're frustrated about something.

"So I think you just -- you give him a pass. As I mentioned, he's been so good for several years, taking care of all of his responsibilities on and off the floor here. We're all human. We all get a little frustrated, so ... move on."

Kerr's comments about the never-ending "gossip" echo similar statements made by Durant in the days following his emotional exchange with Draymond GreenonNov. 15, during and after a loss to the LA Clippers.

"That's the beauty of the game," Durant said at the time. "It's grown so much that so many people want to cover it and be a part of it. I'm not saying all the content is great, but it's amazing that the game has grown so much, to have so many eyes on it. With social media and the access to media, it's kind of hard to dodge that type of stuff, especially when you have a little bit of controversy. Because that's just news every day, all day. So you try your best to kind of avoid it. And even though it's hard, just try to focus on what's most important. I think everybody here has done a great job of that.

"That's just where we are. Everybody kind of knows what basketball is, now let's see what else can we find out within the game. I get it. At the same time, I wish it was more about what we do on the court, but I understand this is also entertainment to a lot of people."

Warriors star Stephen Curry does not believe Durant's words will have any impact on his game or the team moving forward.

"We attack everything as business as usual in terms of focusing on winning games," Curry said. "Nobody on this team needs to be baby-sat. It's just a matter of us continuing to move forward on what's important, what matters to us as a team. And that's doing our job on the floor, continuing to have each other's backs, communicate on and off the court.

"That's what we can control and that's the only thing that matters to us. Everything has to be funneled into winning a championship. I know K is committed to that mission and everybody else on the team is as well. No distraction or anything that doesn't happen on that floor is going to derail our focus. I'm proud of the way our whole team has handled this season, because there's a lot that's been going on, and it's just about playing basketball."

Curry, like Durant, is used to constant attention given his status as a two-time league MVP. He can empathize with Durant, a two-time Finals MVP, feeling a more intense spotlight than most.

"There's only a select few that have the experiences that he has, that I have, that other guys in the league have, where anything you say, anything you do, body language, the look on your face, all that stuff is picked apart left and right," Curry said. "And especially when certain narratives have been created in terms of where you are in your career.

"So there is a level of awareness of kind of how that is on a day-to-day [basis]. The toll it could take, especially when you're committed to playing basketball on the highest level. That's what makes all of this happen to begin with. If you're not good -- I should say if you're not consistently great, in conversations of being the best player in the league, how you stack up against other guys in different generations, different eras, all that type of stuff -- then nobody cares what you have to say or what you're doing. So it's a little give and take, but again it's all about what you do on the floor that matters." 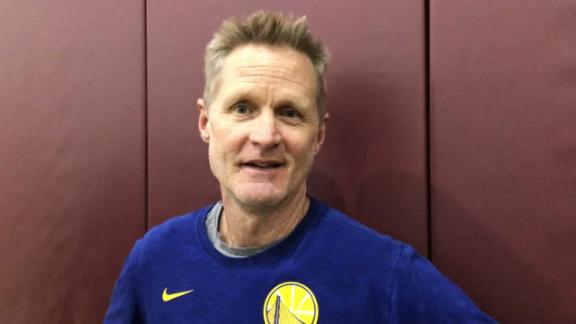