What you should know about Kyler Murray, Sooners QB and A's draftee 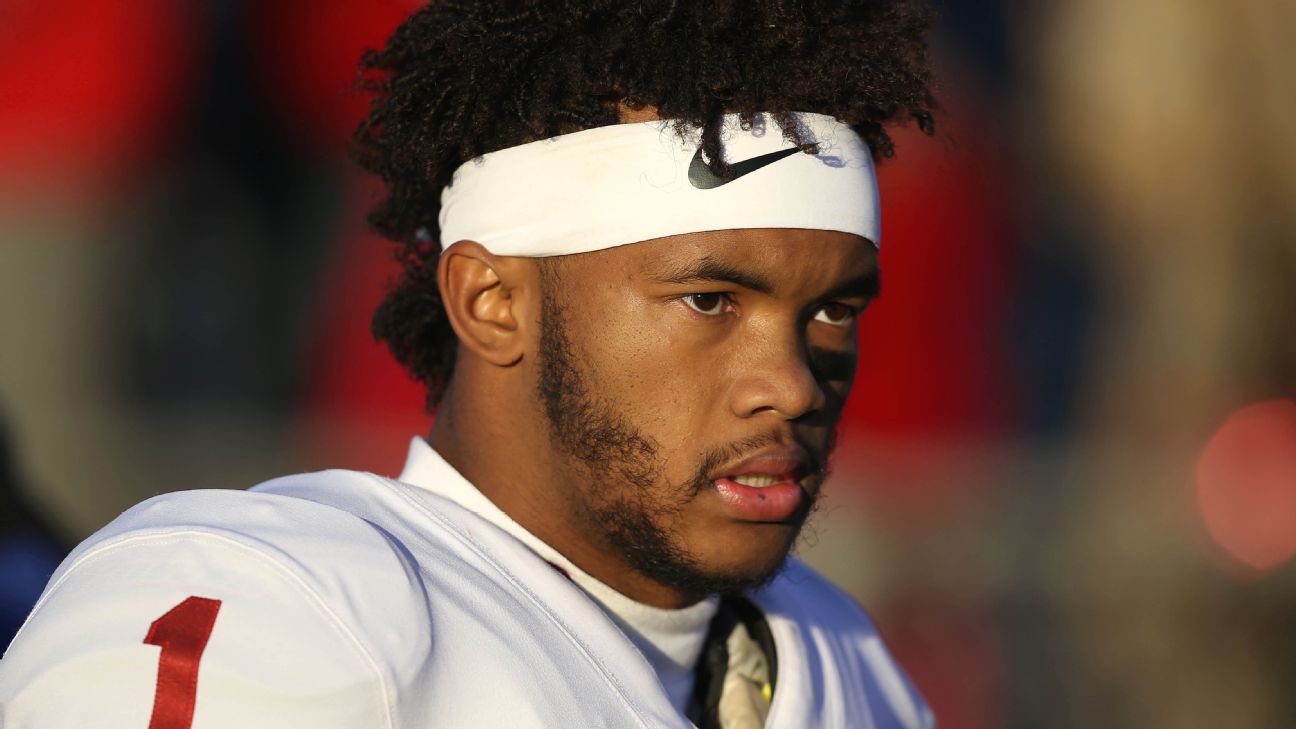 Kyler Murray, who was projected to succeed Heisman Trophy winner Baker Mayfield as Oklahoma's quarterback, will have a difficult decision to make after being drafted No. 9 overall in the MLB draft by the Oakland Athletics on Monday.

Murray could sign with Oakland -- the assigned value of the ninth pick is $4,761,500 -- and still play at least this season for the Sooners. NCAA rules allow for athletes to play professional baseball and receive money from their pro baseball franchise while maintaining amateur status in football -- provided all contracts and conversations with an agent remain strictly specific to baseball and the athlete doesn't sign any commercial endorsement deals. He would retain his scholarship, provided he met academic requirements. Many, including Russell Wilson, have taken advantage of that rule in the past.

Or, Murray could spurn football and move forward with the A's and baseball.

Here are some important things to know about Murray and what his future could hold:

What makes Kyler Murray so unique as an athlete?

In baseball, he has a combination of power and speed. Murray hit 10 home runs and stole 10 bases this spring while manning center field for the first time in his baseball career. (Murray was a shortstop in high school.) In football, Murray's ability to both run and pass made him one of the most accomplished quarterbacks in Texas high school history. He led Allen High School to three consecutive state championships, compiling a 42-0 record as the starter while passing for more than 10,000 career yards and rushing for another 4,100. As a result, Murray became the first athlete to play in both the Under Armour All-America football and baseball national high school all-star games.

Just how good can he be on the baseball diamond?

Depends on whom you ask. But Oklahoma baseball coach Skip Johnson said Murray's upside is MLB All-Star Andrew McCutchen. ESPN college baseball analyst Kyle Peterson said Murray eventually can become "a premier defender in center field because he has the speed most people don't have." The A's clearly agree about Murray's upside.

Now that he went No. 9 overall to the A's, will he still play football for Oklahoma this fall?

It's looking that way. Sources at Oklahoma have been confident that Murray would be with the team this fall. And though nobody expected him to go in the top 10 of the draft, during a conference call Monday night Murray calmed fears in Norman by saying, "I will be playing football this year." It will be interesting to see what the A's front office has to say in return. But as of now, Murray figures to be with the Sooners in the fall.

Is there any chance he could make it to the majors in baseball AND play in the NFL?

Unlikely. In part because he's only 5-foot-10, Murray doesn't project to be an NFL quarterback. He would most likely have to find a different position, whether slot receiver or cornerback. Murray's pro future has always been tied to baseball. And now that he has been selected so high by the A's, he'll likely focus his pro ambitions there, even if he continues his college career on the gridiron.

What factors will he weigh in deciding what path to take?

This depends on what options the A's give him. Murray has wanted to play quarterback for the Sooners this fall. If the A's give him the go-ahead, he will. If not, then he'll have a difficult decision to make that probably will end with him foregoing football to move forward with the A's and begin his baseball career.