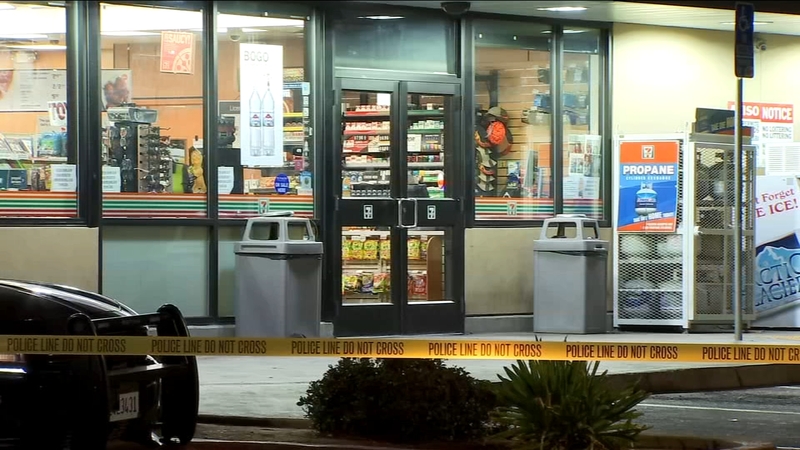 FRESNO, Calif. (KFSN) -- A man is being treated for life-threatening wounds after being stabbed in East Central Fresno.

The stabbing occurred just after 10:30 p.m. on Monday.

#BREAKING: @FresnoPolice investigating stabbing at the 7 Eleven in Southeast Fresno. We're live with an update at Belmont and Chestnut. Victim in life threatening condition. pic.twitter.com/qhrkeDZV7S

Police said the victim regularly panhandles outside of the 7-Eleven in east central Fresno on Belmont and Chestnut.

He was attacked violently by the suspect, who stabbed him more than once.

Police say the suspect approached the man at the 7-Eleven store and started to stab in the chest area.

The victim, described as a man in his 20's was rushed to Community Regional Medical Center.

He underwent surgery, but was last listed in serious condition.

The suspect fled the scene on foot.

Officers are reviewing surveillance video to track down the man responsible.

"We do have witnesses, and there were patrons coming in and out of the business as well. The store was relatively busy, so then maybe of course there may be additional persons that may help us identify the suspect responsible for this violent act," Lieutenant Steve Card, Fresno Police said.

They said the suspect is a Hispanic male adult. He's a medium height and build with a long ponytail

He was wearing a black shirt, black pants and white shoes.
Police are still looking for witnesses.

Those with information on the attack are asked to call the Fresno Police Department.