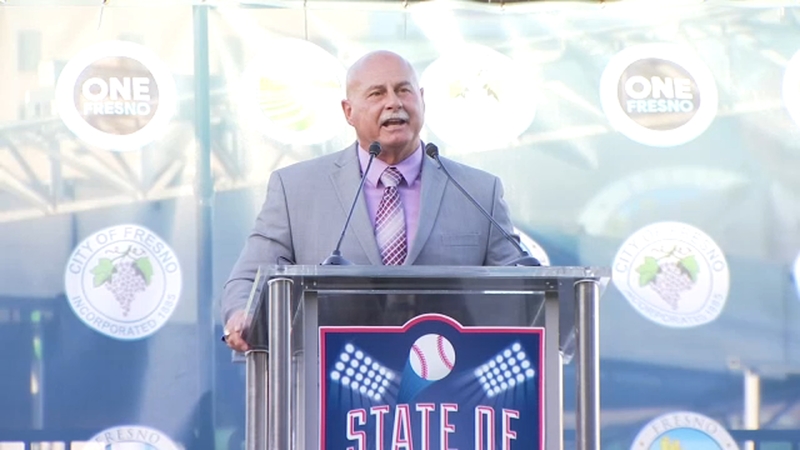 FRESNO, Calif. (KFSN) -- "Fresno is definitely a city on the move and I think we are going to see that after tonight's speech," said Mayor Jerry Dyer.

Downtown Fresno served as the backdrop for the 2022 State of the City speech, as the mayor touted its growth and development.

Dyer highlighted more than 200 residential apartment units and lofts coming to the city's center, along with a Courtyard by Marriott hotel that will soon be built by the convention center, set to break ground this summer. Plus, a new way to get to and from the growing brewery district near Chukchansi stadium.

"A free trolley service is being planned that will take people from south-side stadium and the brewery district north through the cultural arts district, Tower District, Fresno City College and ending at Campus Pointe," Dyer explained.

With council approval, two trolleys could begin running the route this fall.

On the Mayor's list of improvements to look forward to was a fully-staffed police department within 12 to 18 months. Dyer said the additional officers would include double the number of bike units patrolling downtown, school resource officers back in middle schools and a solution to the street racing problem plaguing Fresno roads.

Dyer admitted that crime within the city last year was troubling but pointed at improvement so far in 2022.

"To date, shootings have decreased by 26% and murders are down 33% as compared to this time last year," said the mayor.

Highlighting the progress on homelessness, Dyer said through Project Off-ramp, 80% of the formerly homeless along our freeways accepted services and shelter. Half of them have now transitioned into more permanent housing.