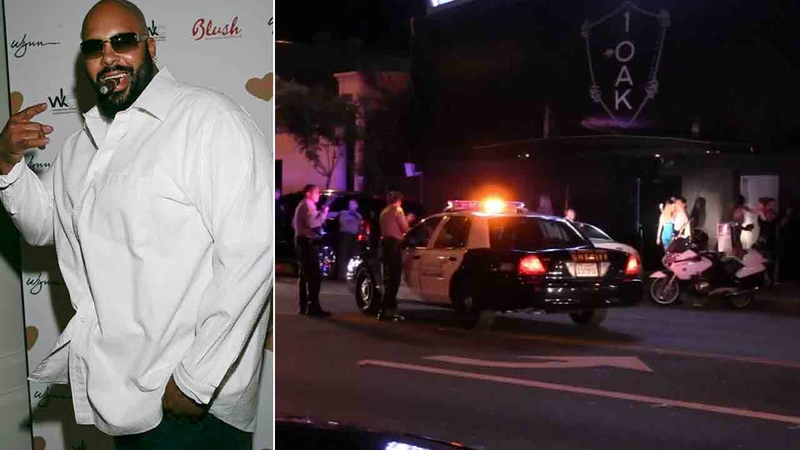 WEST HOLLYWOOD, Calif. -- Rap mogul and Death Row Records founder Suge Knight and two others were wounded in a shooting at 1OAK nightclub in West Hollywood early Sunday. No suspects were in custody, police said.

The incident occurred during a pre-Video Music Awards party hosted by R&B singer Chris Brown at the trendy hotspot in the 9000 block of West Sunset Boulevard around 1:36 a.m.

It's unclear what instigated the shooting, but Knight, 49, reportedly walked out of the nightclub on his own account after being shot six times. He was transported to Cedars Sinai Medical Center by ambulance.

The other two victims were identified as a 32-year-old man and a 19-year-old woman. One of the two victims was transported to a local hospital in critical condition.

Hundreds of partygoers rushed out of the club when the shots were fired. Witnesses said Brown was singing and dancing moments before the gunshots occurred.

"I looked down through the glass to the bottom level, and people were pushing," witness Hayley Belle said. "Most people on the floor, people were pushing, running, falling on glass, glass smashing, but the only person still standing was Chris Brown at this point."

"It was scary," Thomas Clark, an eyewitness in the club, told ABC News. "I was to the left of Chris Brown's table," Clark said. "There was words exchanged, someone said something to someone else, there was pushing and drift. After that, it wasn't very long ... it wasn't going to be a fist fight, guns were in the house and you hear the shots clear as day."

Brown, who was celebrating his sixth studio album's release, was uninjured, a source told ABC News. He left the club before authorities could question him about the incident, police said.

"It's disappointing that we as a society can't have fun or enjoy ourselves without any altercations sometimes," Brown tweeted Sunday.

Knight was shot in the leg at an MTV awards pre-party in 2005 and was also in the car when Tupac Shakur was fatally shot in 1996. He has been linked by police to a string of violent crimes in the past 15 years and has been in and out of jail due to parole violations and "rap war" altercations with East Coast artists.

The suspect in the latest incident remains at large. Anyone with further information was urged to contact the Los Angeles County Sheriff's West Hollywood Station at (310) 855-8850.

ABC News, CNS and The Associated Press contributed to this report.