Teenager helps police catch burglar who broke into her house 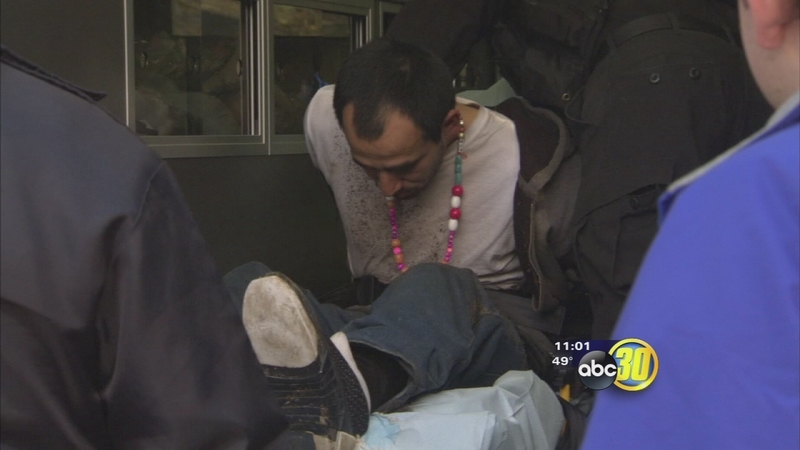 Teenager helps police catch burglar who broke into her house

FRESNO, Calif. (KFSN) -- A quick-thinking teenager helped police catch a man who broke into her home.

Police said a 15-year-old girl was home alone at a home near Linden and Floradora in Central Fresno when she heard someone coming through the doggy door. When she went to look she saw a man in her hallway. "The suspect does not see her so she grabs a guitar to defend herself and goes into the bathroom, locks it, calls her mother. Mom calls police and she's giving her mother updates, who was calling the police. And they were excellent updates they were so good, we thought they had a video system," said Joe Gomez, Fresno Police Department..

Officers quickly responded and caught the suspects as he was trying to jump over a fence. The man resisted arrest and officers had to use a canine to bring him into custody.

Police said the suspect was opening Christmas gifts and filling a gym bag with them and other items from the home. They were all recovered in the backyard.