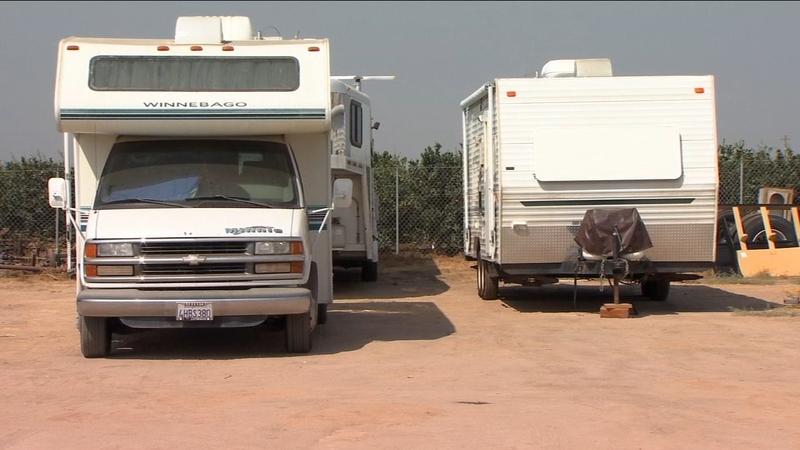 FRESNO, Calif. (KFSN) -- The summer travel season has ended for most families so many travel trailers have gone back into storage.

Twenty-three RVs stored at Morrison's VIP Coach were broken into overnight. The business located at Academy and Highway 180, repairs recreational vehicles and also store them on site.

Owner Frank Dias spent the day notifying owners of the burglaries. Dias said, "There's a trailer in the middle lot with a big bar stuck in the door. A brand new trailer they just demolished the door trying to open it. It was just random stupidity I guess."

Fresno County Sheriff's Office deputies and detectives reviewed surveillance video to see if it might reveal clues to help catch the suspects.

The thieves pried open doors and storage containers in search of items they could steal and sell.

The business was also hit two years ago by thieves so Dias urged RV owners to store their propane tanks inside. He hired security at that time but no officers were on patrol overnight.

Dias said, "It just makes me sad to think that people have to tear other people's stuff up that work hard for it."