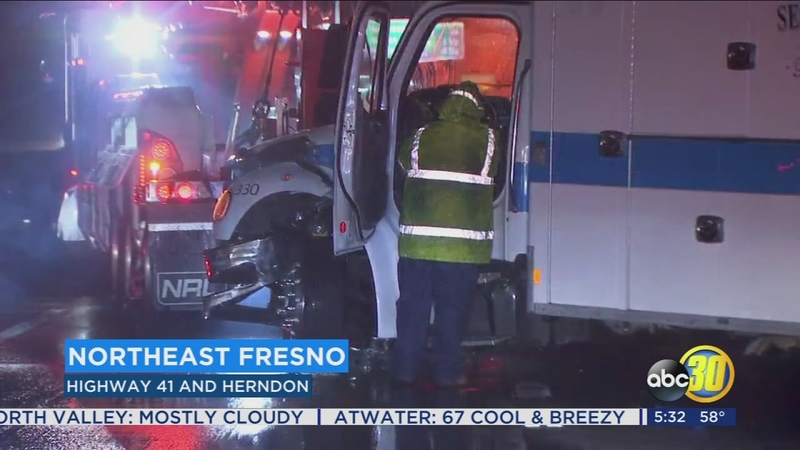 FRESNO, Calif. (KFSN) -- An investigation is underway after an ambulance and a car collided on Highway 41 at Herndon Avenue.

The crash happened just before 4 a.m. on Friday near the Herndon off-ramp and caused the closure of two lanes. The driver of the car and those in the ambulance were all taken to a local hospital for complaints of pain.

Officials say the roads were wet and it's likely speed combined with slick roadways played a factor in the crash.