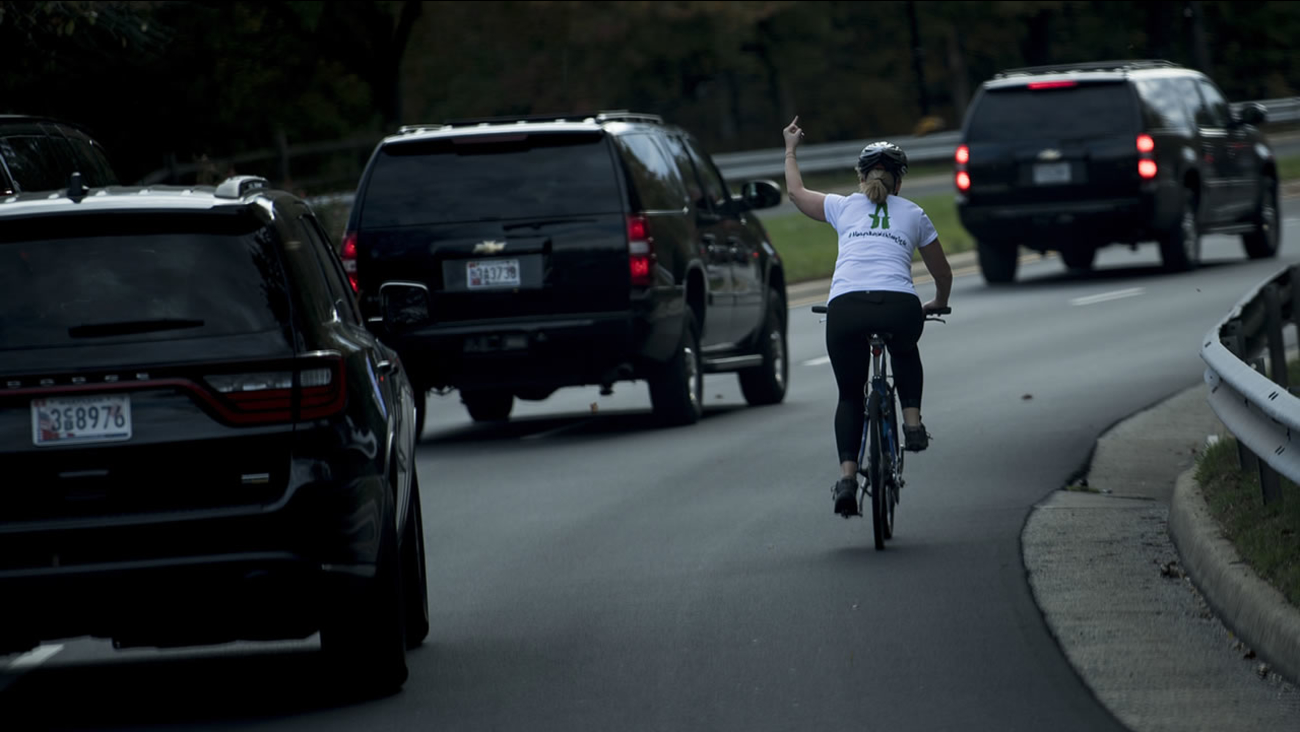 A woman on a bike gestures with her middle finger as a motorcade with US President Donald Trump departs Trump National Golf Course October 28, 2017 in Sterling, Virginia. (BRENDAN SMIALOWSKI/AFP/Getty Images)

HERNDON, Va. -- A woman has gotten the boot after flipping the bird at President Donald Trump's motorcade.

The Washington Post reports Juli Briskman was on her bicycle last month when Trump's motorcade drove by her on a northern Virginia road. A photo that quickly went viral shows her raising the middle finger of her left hand in defiance.

Briskman's face is not visible in the photo, but the Post quoted her as saying she told her bosses at Herndon, Virginia-based Akima LLC it was her.

Briskman says she was promptly fired from the government contracting firm and escorted out for violating the "code of conduct policy." The newspaper said Akima officials didn't return requests for comment.