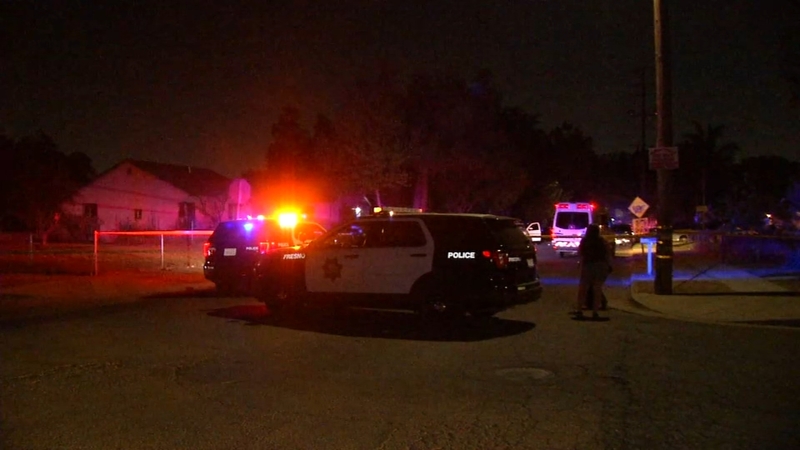 FRESNO, Calif. (KFSN) -- The two people shot and killed in southeast Fresno Friday night have been identified as 33-year-old Mark Desantiago and 36-year-old Francisco Arellano. A third man was injured in the shooting.

Officers say several people were leaving a party near Fifth and Braly just before midnight when a car drove by and someone inside started shooting at the crowd.

One of those men died at the scene and another died at the hospital. The third man is undergoing treatment at CRMC.

Investigators have not provided any suspect descriptions.

"They're still trying to talk to the witnesses to see if we can get anything," says Fresno Police Lt. Jordan Beckford. "All we know is that it was some sort of unknown vehicle."

Police found at least nine shell casings at the scene.

Anyone with information or who may have witnessed the shooting is asked to call Fresno Police.