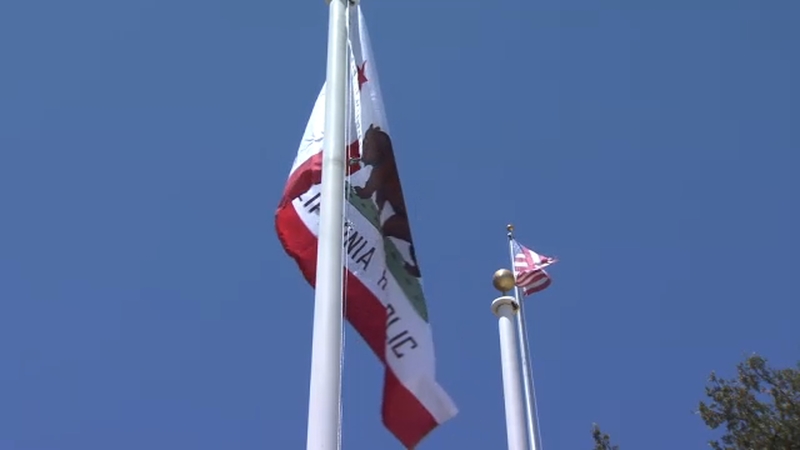 FRESNO, Calif. (KFSN) -- Several military flags stolen from outside the Veterans Memorial Auditorium in downtown Fresno have now been replaced.

The poles were vandalized, and 11 of the 12 flags were taken back on July 5.

Representatives from the non-profit Veterans Memorial Museum said the flags had been there for 30 years to honor those who served and welcome people to the property.

Community members heard about the crime and donated money to replace the flags.

The new ones are secured with steel cable clamps to help prevent them from being stolen.

"Which has been an insult and a poke in the eye of the veteran community. A few folks that saw it in the media decided to come and help us out a little bit, so we got the flags replaced and we're installing them now," says Michael Harris.

The Fresno Police Department says surveillance video captured someone climbing the poles and taking the flags down as a group of people below watched.

But no arrests have been reported.