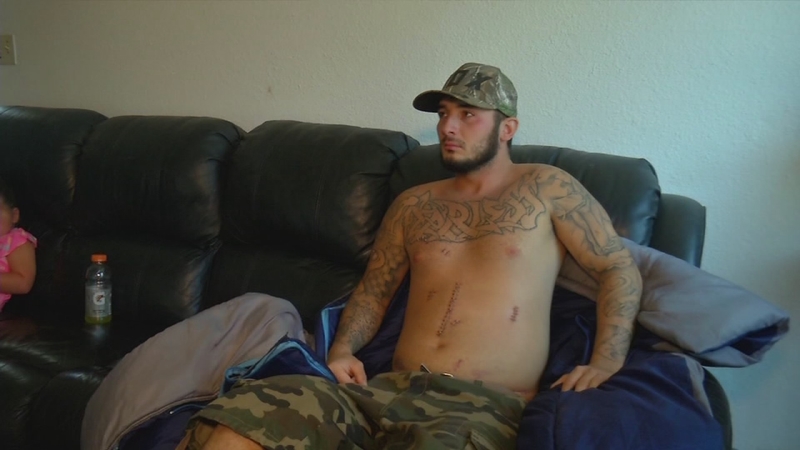 He wants to get back to operating his lawn care business so that he can provide for his new wife and two children.

But it will be a while before things are routine again.

Right now, he's recovering from being stabbed eight times during a fight.

"It sucks, It really sucks."

Earlier this month, Samantha Womack called her husband, saying she needed to be picked up from a birthday party in Lindsay.

A woman and her boyfriend had been fighting at the party, and he started to get physical.

At one point, Samantha stepped between the couple, but he pushed Samantha to the ground.

When Dylan showed up, he had a question for the partygoers.

"Which one of you guys decided to hit a woman?" he asked.

Dylan says the man who pushed his wife down then spit in his face, starting a fight between the two men.

It took some time before Dylan realized he was being stabbed.

By the time he went into surgery, he had already lost a lot of blood.

With his wife by his side, Womack spent more than a week at the hospital, before being released on Sunday.

"Even his surgeon would keep telling him every day she would see him, 'You don't realize how lucky you got,'" Samantha Womack said.

Sheriff's deputies and Lindsay Police arrested 23-year-old Jason Stevens at the home where the party took place, and he was charged with attempted murder.

Stevens has bailed out of jail but is due back in court next month.