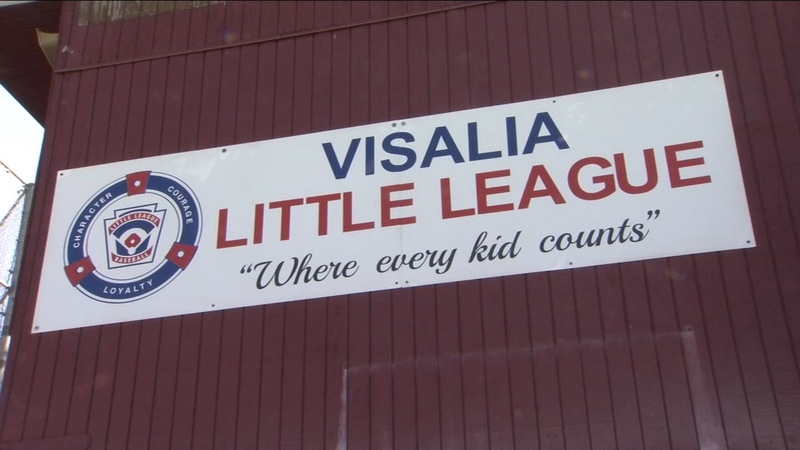 FRESNO, Calif. (KFSN) -- A local Little League is reeling after thieves broke into the non-profit's storage unit over the weekend and got away with thousands of dollars worth of equipment.

The silver lining here is that this happened during the offseason.

But it's still a blow to the organization and the field crew that helps take care of the various diamonds even during the winter months.

David Aiello is upset after thieves broke into the Visalia Little League storage shed on South Divisadero Street and made off with $6,000 worth of tools and lawn equipment like this Honda mower.

"Alarms went off we came and they had ripped the doors open and took all of the field equipment: lawnmowers, weed eaters, blower, edger. Everything we would use to take care of this field we don't have now," said Aiello.

A painful reality for a non-profit that relies heavily on volunteers and donated items.

The Visalia Little League has been a part of the community since 1952 and currently serves 500 kids a year.

"Wouldn't think they'd be able to get it out of here...that's a steel door and that metal is quarter inch steel and just to bend like that and rip the locks right out of the cinder block it blew my mind," said Aiello.

The crooks cut through two sets of chain-linked fencing just to get to the storage unit.

None of the league's actual baseball equipment was stolen but according to Aiello, the thieves broke in twice over the weekend.

Taking a majority of the maintenance supplies during their first attempt only to return two nights later.

"We came out here to fix the doors thinking ok we're good we got robbed we'll figure it out but then two nights later and they did it again?" said Aiello.