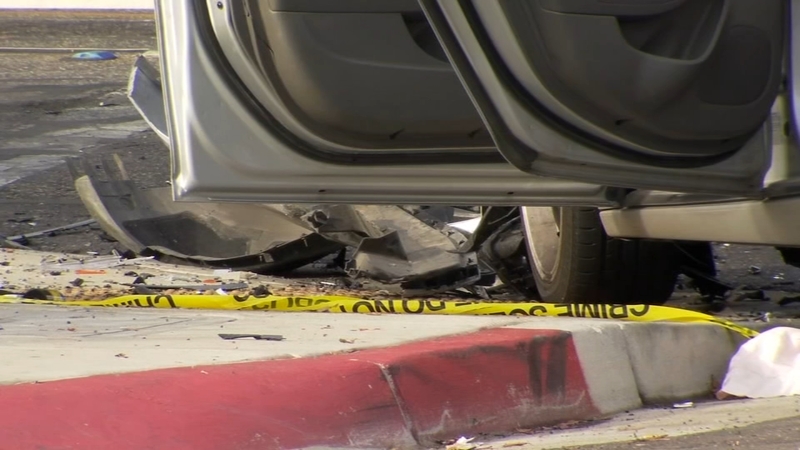 VISALIA, Calif. (KFSN) -- Two young children remained hospitalized on Tuesday night after a suspected shooter crashed into the car their mother was driving, following a short chase with Visalia Police.