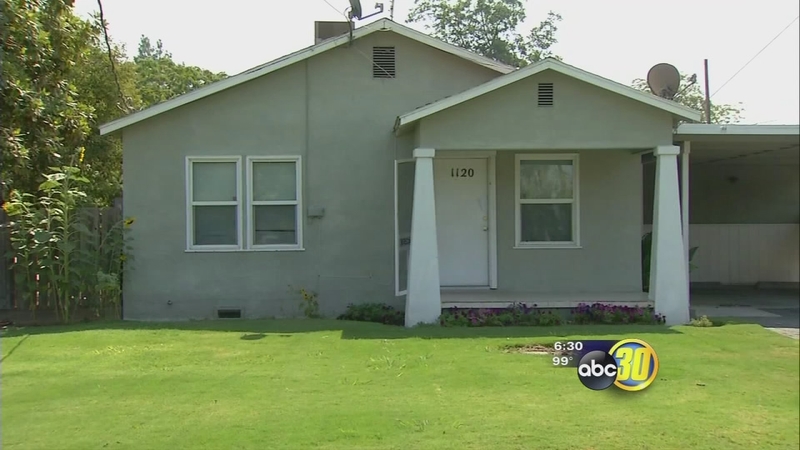 VISALIA, Calif. (KFSN) -- Some victims of a rental scam in the South Valley are speaking up tonight, about how it happened and what they'd like to see happen to the scammer now.

Like Eryn Wilson, who wasn't supposed to be living with her small children in a fifth wheel at her father's Porterville house this week. But it's someplace to go, after she says she was scammed out of a Visalia rental home this weekend. And she wasn't the only one.

Another woman who says she was scammed believes more than 20 families not only lost the home, but time and money because of the scheme. Wilson tried moving in with her family on Friday, but the key didn't work. When she returned on Saturday, she met another family from Utah trying to get in.

"And we were just like OK, (it's) time to call the cops, like this shouldn't be happening," Wilson said.

After seeing the listing on Craigslist last month, Wilson started talking with the man who said he was the homeowner. She says he seemed legitimate, but later found out he was just renting the home. He gave her a showing, she filled out an application, and eventually a lease agreement.

In all, she paid him more than $1,200, and gave up her personal information. Now, she's desperately looking for a place to live with the little money they have left over.

"Well I'm not counting on getting my money back," Wilson said. "I don't count on that because there's so many of us. I mean who's going to walk into his house and take our money back for us? But I think at this point we all just want him sitting in a jail cell or something."

Another Visalia man we spoke with says he lost $1,100 and is now also living with his dad.

We called and texted the accused scammer, but did not receive a response.
The property's real owner also did not return our request for comment.

Wilson feels better after talking to police, but says she won't really feel safe until the scammer is caught and justice is served.