Police say the shooting happened in the middle of the parking lot of Mary's Vineyard Shopping Center at 2:40 pm.
KFSN
By Linda Ha 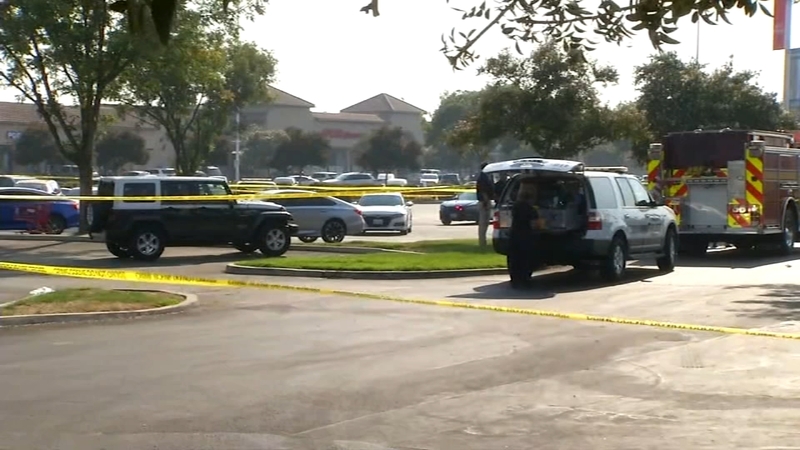 For hours, detectives focused on two cars parked near the KFC where they found the man and woman with gunshots.

"Through our investigation, we have determined that the male and female had a prior relationship with each other and that the male actually was the shooter in the incident," says Visalia Police Sgt. Mike Short.

Authorities say the woman was a 24-year-old from Woodlake, and the man is 22 years old. The two have children together.

"They were there for a child custody exchange, that was the reason why they had come," Sgt. Short said. "However, there were no children present. They had been left in the care of a family member in a different city."

The two were taken to Kaweah Health Medical Center, where the woman died Sunday night.

The man is currently receiving treatment and is said to be in critical condition. Experts say cases of deadly domestic violence have been on the rise in the past year, and tragic endings like this one are the worst case scenario.

"The sheer fact that they weren't together anymore yet they still had children together, usually a person has moved or file for divorce, those usually become really heightened trigger points for people," says Marjaree Mason Center Executive Director Nicole Linder. "Because until finality happens, such as a new relationship, or potentially divorce papers or child custody papers, the person still thinks there's hope there's still chance that they're going to reconcile."

It's still early in the investigation, so there is no word yet on a specific motive in this shooting.

This is just one of three shootings in Visalia over the weekend.

Police say they're seeing an increase in violent crime and can't recall the last time they had to respond to multiple homicides in such a short time span.