California snowpack at drought-busting 173 percent of average in Sierra Nevada, most since 1995 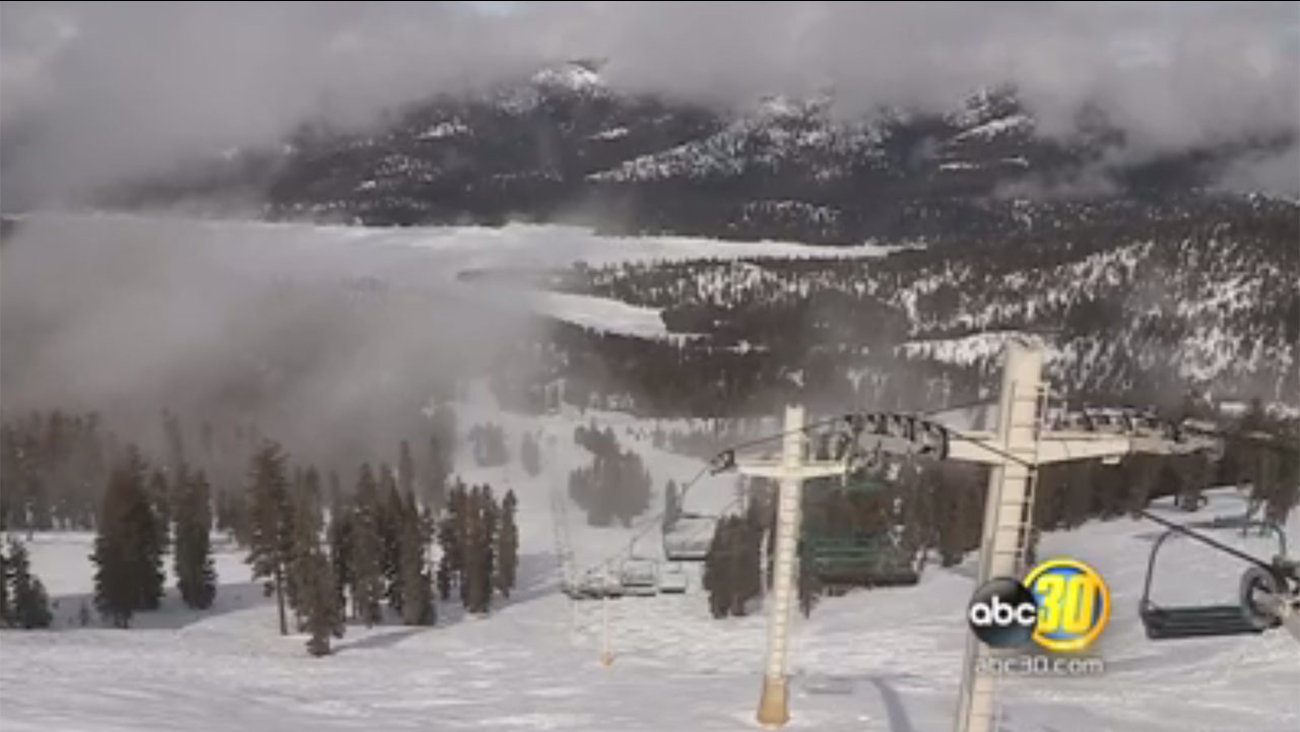 PHILLIPS STATION, Calif. -- Sierra Nevada snow drifts are at a drought-busting 173 percent of average, with the most snow recorded since 1995, California water managers said Thursday.

State water managers poked rods into drifts as high as tree branches to measure the snowpack.

They found far more snow than at the height of California's more than five-year drought, when the measurement was done in almost-bare mountain meadows.

"It gives everything a much brighter outlook," said Frank Gehrke, the state Department of Water Resources who conducted the manual snow measurements.

The overall snowpack is vital to the state, providing a third of water supplies year-round.

This year's bountiful snowpack came thanks to one of the stormiest Januarys in decades. The storms brought three-fourths of the state's normal yearly precipitation in just a few weeks.

Gov. Jerry Brown is expected to wait until the end of the rainy season, in April, to decide whether to lift a drought-emergency in place since 2014.

In January, back-to-back-to-back storms from the tropics that each dropped a hurricane's worth of water on the state put the state at 108 percent of its normal rain and snow for the year, with two months still left in the rainy season, said Michael Dettinger, a hydrologist for the U.S. Geological Survey.

California had received just one-fourth of a normal year's precipitation when January started, he said. The storm systems, known as atmospheric rivers, "caught us all off guard, how many came in so quickly, and turned everything around," Dettinger said.

January's storms lifted the northern half of the state out of drought. This time last year, 95 percent of California was in drought, after the driest three-year stretch in the state's recorded history.

In April of 2014, Gov. Jerry Brown stood in a Sierra meadow bare of its usual snow to declare a drought emergency in California, and ordered mandatory water conservation in cities and towns.