Witness to Tulare County plane crash could have key information 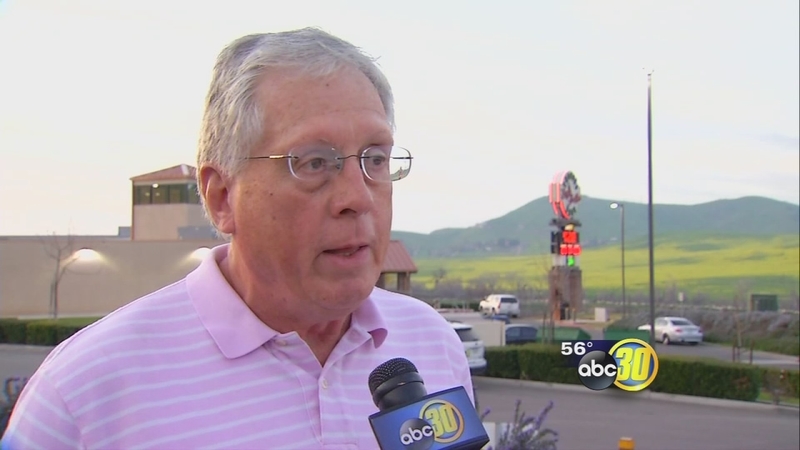 VISALIA, Calif. (KFSN) -- New details from a witness interviewed by sheriff's investigators who could have key information about a deadly plane crash.

The NTSB and the FAA said they've concluded their on site investigation. Now, the Tulare County Sheriff's Office is taking over the site.

Les Pinter lives minutes from this command post where investigators are trying to figure out how a sheriff's plane crashed in the mountains. It's near this exact spot where moments before the deadly crash, Pinter said, he saw a small plane flying dangerously low. "It was yellow and I could almost make out the numbers. And I thought, 'if someone reports this guy's tail number he's going to lose his license, because you're not supposed to fly at 300 feet if you're not on final approach."

Pinter has been a private pilot for over 40 years. So he knows, in this area, it's illegal to fly below 1,000 feet. "The guy was definitely doing something risky. But if he was following the road he would have been here four minutes after we saw him."

When he heard a plane crashed near a hillside he rushed to tell investigators what he saw. And he's not the only one. "They've talked to four other people that saw the yellow plane," said Pinter.

We spoke with Nita Buck just hours after the crash-- another witness who saw a second plane in the area. "I seen this plane come up, and there was another one going in the other direction, and the plane comes down and hits and all you see is smoke and a bunch of fire."

For now, the Sheriff's Office, the NTSB, and the FAA can't comment on the pending investigation. So it's unclear if that second plane is a key part of this probe.

The sheriff's office said recovery of the wreckage will happen Friday morning once they get the proper equipment.