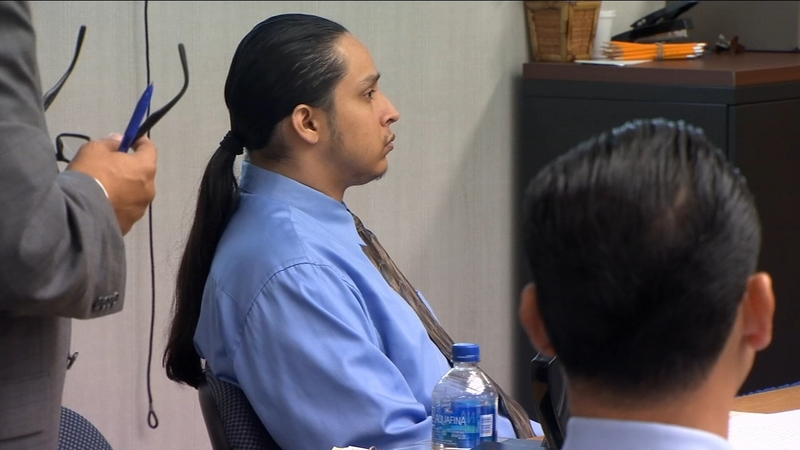 FRESNO, Calif. (KFSN) -- Facing the possibility of life in prison, Jorge Rodriguez listened to a witness testimony on Friday.

"You never had a problem identifying the person running after him as thin bald Hispanic, correct? But you did have a problem making out whether the man who fell was an African American. Why is that?" said defense attorney Richard Esquivel.

Prosecutors say Rodriguez and a friend set out to rob people before the murders took place.

While the defense argues Rodriguez was just an innocent bystander when Jose Duenas Sr. and Calvin Reece Jr were killed outside an apartment complex in cold blood.

His alleged accomplice was found guilty earlier this year, but jurors could not reach a unanimous decision on Rodriguez, so a mistrial was declared

The prosecution hopes to convict him on the double murders this time around. We are concealing the identity of the witness