Exclusive: Long Island woman searches for women who attacked her in upscale restaurant 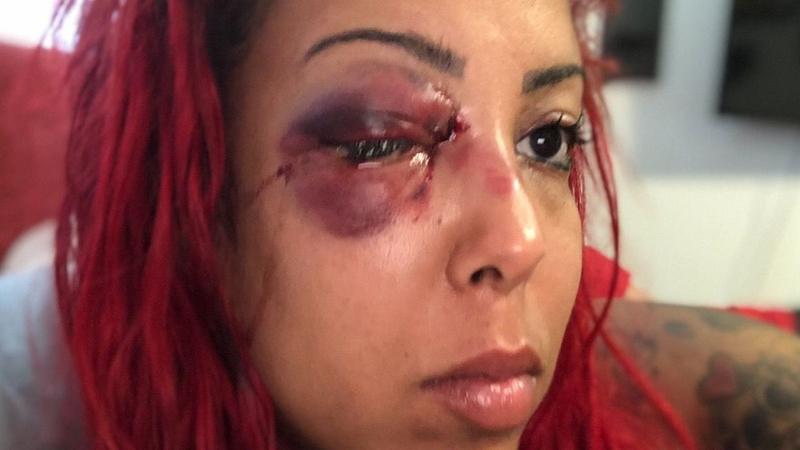 Exclusive: Long Island woman searches for women who attacked her in upscale restaurant

ROSLYN, Nassau County -- A Huntington Station woman is trying to track down four young women who attacked her inside an upscale restaurant in Nassau County.

Jennifer Evans, 35, said the incident happened at Kyma restaurant in Roslyn on May 10 around 11:30 p.m.

Evans said she brushed up against one of the women on the crowded dance floor.

"As soon as I say hello to our friend, a girl approaches me from the left and says, 'Why did you touch my friend's hair?'" Evans told Eyewitness News in an exclusive interview.

"She points to this girl to the right of me. She has pink hair, really short. So she turns around. She didn't even know I touched her hair; she didn't even know what was going on. So she goes, 'Do you have a problem with my friend?' And I'm like, 'No, I don't have a problem with anyone.' I said 'I'm not doing anything to anyone. You guys are all approaching me.' As soon as I said that, a girl from the back, who I never saw, don't know what she looks like, grabs my hair," Evans said.

Evans said the women began punching her in the face and she fell to the ground to protect her back.

Evans has a titanium spine after getting in a bad car accident many years ago. She said she had a wheelchair and a cane for the last five years.

"So I would never approach anybody and try to get into an argument or anything like that," Evans said. "I don't want to be in a wheelchair again."

She said as she fell to the ground someone kicked her in her right eye.

Evans spent six hours getting stitches on the eye at a local hospital and now has double vision. She wears a patch over the right eye to not only cover the injury but to keep her balance, using only her left eye to see.

Nassau Police said they are investigating the incident.

Evans said she wishes the restaurant owners were doing more to help. She said they haven't reached out to her.

She also wants to know why they let the women leave the restaurant, getting their car from the valet.

"Sometimes people record fights or saw something, or a bartender who wants to step forward and just say something, even one person," she said. "So far I haven't gotten any help at all."

If you have any information about the incident, you're asked to call Nassau Police at 1-800-244-TIPS. All calls are anonymous.