Why rockfalls happen in Yosemite 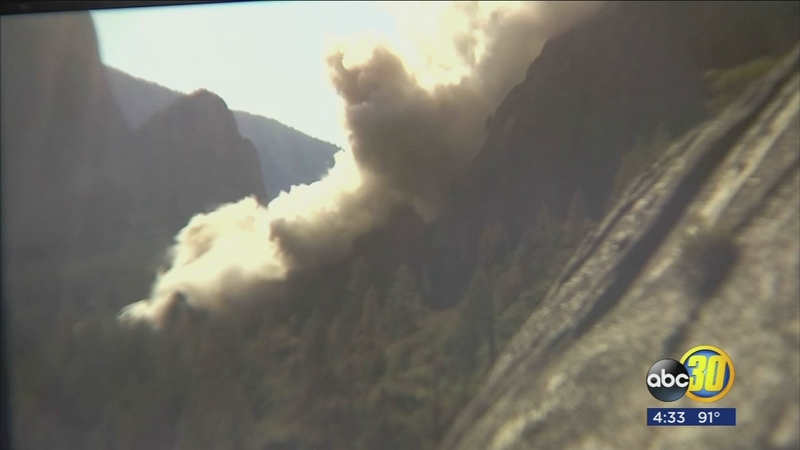 Why rockfalls happen in Yosemite

FRESNO, Calif. (KFSN) -- Rockfalls are a fact of life in Yosemite, though most do not result in deaths or injuries.

Why do they happen?

The simple answer is anytime you have sheer rock walls, something is bound to fall. While the deadly rock falls are rare, they are a regular occurrence in the park.

The precise cause of the latest Yosemite Rock Falls will require a geologic investigation, but as Fresno State Geology Professor Jerry DeGraff explains, they are just what happens when you have granite cliffs.

"Well basically a natural process, Rockfall is one of those things that makes it one of the many kinds of landslides we have to be aware of to keep ourselves safe," said Jerry De Graff, Fresno State Geology Professor.

There were nearly 60 reported rockfalls in the park last year. Most went unnoticed. According to the National Park Service, they occur all along the rock faces.

"If you are looking at solid steep rock, particularly granite slopes, then there's pretty good chance chunks of that may not be able to resist the seductive pull of gravity and come hurtling down," said DeGraff.

The cracks in the rock that lead to the falls can be caused by many things, water, ice, and most recently it's been discovered, hotter weather.

"Heating from the sun is turned out to be an explanation from some of the rockfalls that just seem to occur when none of the other known reasons for their occurrence actually happens," said DeGraff.

As the latest rockfalls show, when rocks start falling in one area, they are likely to continue.

"That weakening of the rock mass means that whoever is the weakest of the gang might fall out. And when that happens, that then passes the weakness onto the remaining chunks that are there. Which is why you end up getting repeated rockfall from the same area once it gets started," said DeGraff.