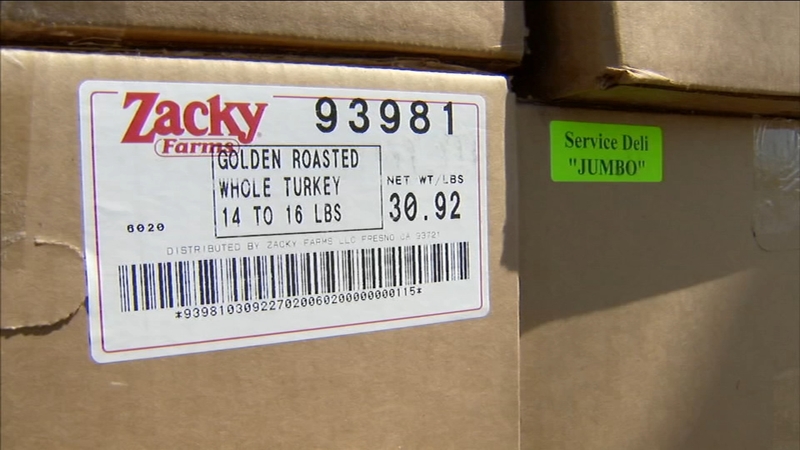 FRESNO, Calif. (KFSN) -- A long-time poultry processor is shutting down after over 47 years of operation in the Valley.

For several decades, Zacky Farms has processed turkey and chicken products but in recent years the company has faced financial troubles.

In a company email, employees were told, "We no longer are able to keep up with business as usual."

Zacky Farms' turkey processing plant in Southeast Fresno remained an active facility with trucks going in and out.

But the company is winding down operations. It will continue to deliver turkey products through Thanksgiving.

Employees received an email from CEO Lillian Zacky which said in part, "...as we struggled with the current state of the industry conditions, it has been impossible for us to continue profitably."

Zacky Farms delivered a letter informing the city of Fresno of its intentions.

"I met with Zacky Farms earlier this year and there was no indication in that meeting there was something pending financial problem, In fact, they talked about the business expanding so I was surprised that they announced they were closing down," said Mayor Lee Brand.

220 workers at the Fresno plant are represented by a food workers union.

In 2012, Zacky Farms filed for bankruptcy protection. In June, the company took out a $25 million loan to support future growth but now Zacky Farms is expected to shut down at the end of November.