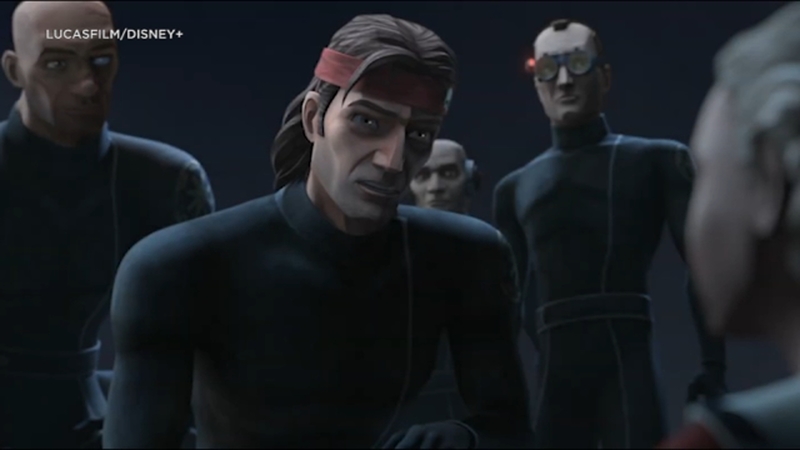 For May the 4th, 'Bad Batch' series coming to Disney+

LOS ANGELES -- This year, Disney+ is celebrating May the Fourth by releasing an all-new Star Wars series, a Star Wars-themed "The Simpsons" short and more.

Here's what fans can watch on the streaming service starting at midnight PT on May 4:

The series follows the elite and experimental clones of the Bad Batch (first introduced in "The Clone Wars") as they find their way in a rapidly changing galaxy in the immediate aftermath of the Clone War. Members of Bad Batch - a unique squad of clones who vary genetically from their brothers in the Clone Army -- each possess a singular exceptional skill which makes them extraordinarily effective soldiers and a formidable crew. In the post-Clone War era, they will take on daring mercenary missions as they struggle to stay afloat and find new purpose.

"Star Wars: The Bad Batch" follows the elite and experimental clones of the Bad Batch as they find their way in a rapidly changing galaxy in the immediate aftermath of the Clone War.

"Maggie Simpson in 'The Force Awakens From Its Nap'"

In a daycare far, far away... but still in Springfield, Maggie is on an epic quest for her stolen pacifier. Her adventure brings her face-to-face with young Padawans, Sith Lords, familiar droids, Rebel scum, and an ultimate battle against the dark side, in this original short celebrating the Star Wars galaxy.

Take a virtual vacation to some of the Star Wars films' most iconic and beloved locations like Hoth, Tatooine, and Sorgan as this charming series whisks you off for fly-over tours of a galaxy far, far away.

Get up-close-and-personal with two of the Star Wars films' most iconic and beloved ships as this charming content leads viewers on an exploration of the memorable interiors and exteriors of the Millennium Falcon and an Imperial Star Destroyer.

The fourth day in the month of May became Star Wars Day thanks to a clever pun invented by fans.

The next year, the date was reset to May 4th when a full-page ad appeared in the May 4, 1979 issue of The London Evening News to congratulate British Prime Minister Margaret Thatcher on her taking office that day.

"May the Fourth Be With You, Maggie. Congratulations!" it read.

Look back at the first season of "The Mandalorian" on Disney+.

In the years since, Star Wars fans use this day to honor and celebrate that galaxy far, far away.

Since "May the 4th Be With You" doesn't carry the same witty punch when translated into other languages, "Star Wars Day" has been adopted to establish a global meaning for this annual worldwide celebration.

In addition to this year's new releases, here's a roundup of other things in the Star Wars universe available to stream on Disney+ in the United States:

Everything Star Wars and more on Disney+

Baby Yoda's real name is revealed in the new episode of the popular Star Wars series, "The Mandalorian."

The team at Disney+ curated the following list of "The Simpsons" episodes over the years with Star Wars references that are available to stream on Disney+:

If you've already watched every other minute of Star Wars content on Disney+, consider checking out these space-themed documentaries from National Geographic:


More ways to celebrate (from Lucasfilm)