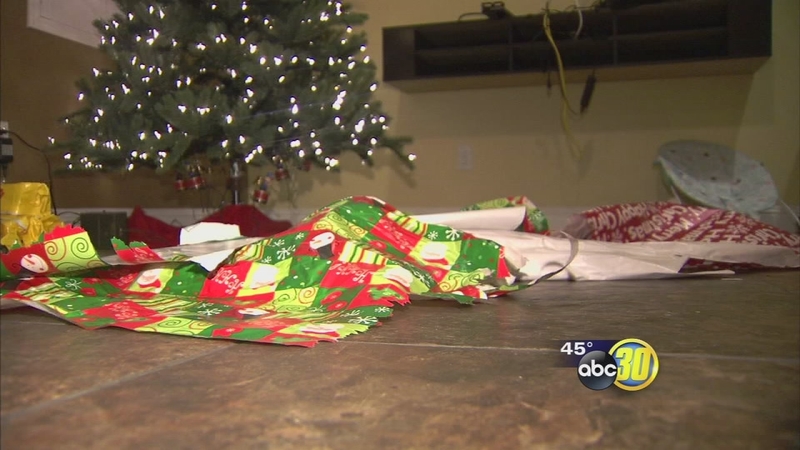 FRESNO, Calif. (KFSN) -- Five family members will not have the holiday they were hoping for this week because someone ransacked their Fresno home and stole thousands of dollars worth of items.

It wasn't until the Solis family got home from Los Angeles Sunday night that they realized the full extent of what was done to their home.

"I know me and my parents were working very hard like cleaning the house before we left and now it's all this mess and I feel bad for my parents because they worked hard," said 9-year-old Zoe Solis.

Zoe doesn't even want to sit on her bed because she knows the burglar was in her room. She's scared, and sad that a lot of her things are gone, including her jewelry box, and a golden ring her dad got her for Christmas.

Her parents' first wedding rings were also stolen out of a safe, it was their 10th wedding anniversary on Friday.

"How would they know that we got all this good stuff, it's like they are spying on us every day and they see everything we got," Zoe said. Other valuable Christmas presents, four TV's and the DVR for the surveillance cameras were also gone.

They also got into the garage and the basement. But strangely, Felipe Solis says they didn't take anything there, but thinks they had time to play darts.

"There's no way to express you know what I'm feeling," Solis said. "Mad, sad, you know there's just no words."

His father called him on Saturday afternoon to tell him what had happened. Solis says everyone cried, but now that the tears are gone, they're focusing on the positives like the fact that they weren't home.

Now, more than anything, they want the family computer back. It had all the pictures and videos of the three children. "I mean if they could just throw it over the fence here, you know, we'll find a way to pull out the videos and pictures and information," Solis said.