KFSN
By Corin Hoggard
MERCED, Calif. (KFSN) -- A police officer in the North Valley said he's not guilty of sex crimes against students when he was a teacher, but his case may be getting worse.

Black and white stripes are the uniform Dusty Norris wears these days. He's still a police officer, but as he pleaded not guilty to sex crimes Thursday, he's on leave from the Los Banos Police Department.

The accusations against him come from two sisters who had him as a teacher at Los Banos High School a decade ago before he joined the police force.

"The defendant is accused of violating a position of trust with particularly vulnerable victims, not just minors, but students," said Katie Gates, prosecutor.

One of the sisters is also an alleged victim in the sex crimes case against Gary Bettencourt, another former Los Banos High teacher.

In court documents Action News dug up, she said she put her interactions with Bettencourt and Norris in the back of her mind. But she broke down in tears when she told the story to an investigator working for another victim pursuing a civil lawsuit against the school district.

She said Bettencourt started grooming her when he noticed she was cutting herself. Not long after, Norris promised her good grades for sex acts and threatened to kill her and her family if she told anyone about it.

She's now pursuing a civil lawsuit of her own, and that's where the criminal case against Norris began.

"That seems to be one of the driving factors," said Chris Loethen, Noris' public defender.

Loethen said what he's seen so far from actual police interviews doesn't amount to much in the way of evidence of sex crimes.

"Every time the DA's office followed up on one of those allegations, it led to a dead end."

The investigator said the opposite is true. He said the evidence keeps piling up, and as it does, he believes more victims will come out of the woodwork.

The civil lawsuit should be filed next month, right around the time Norris is due to make his next court appearance in his new uniform.
Related topics:
los banosmercedtrialmerced countymercedteacher arrestedsex crimesstudents
Copyright © 2020 KFSN-TV. All Rights Reserved.
MERCED COUNTY 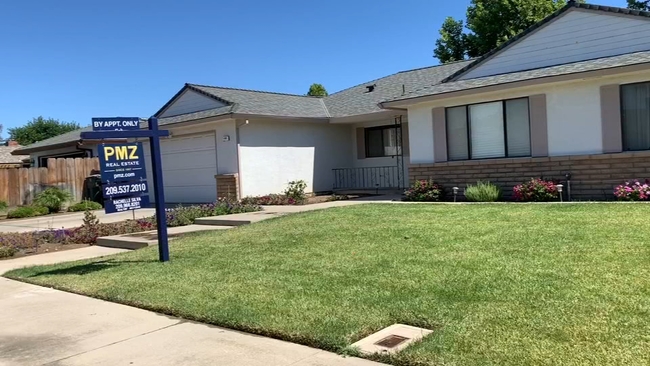