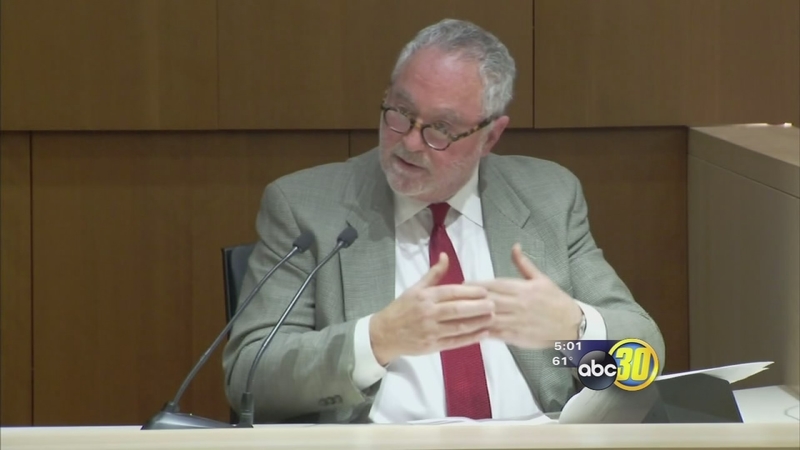 MADERA, Calif. (KFSN) -- Dr. Steven Gaebaeff told the court little Christopher Rios did not have shaken baby syndrome, an injured neck, or any other injuries.

Dr. Gaebaeff also testified the infant may have still had trauma from birth when he was taken to Madera Community Hospital four years ago.

The expert noted the baby already had the sniffles and a cough the day before when he was left in the care of Natividad Reyes.

The medical expert hired to testify for the defense, Dr. Gaebaeff, said this may have been the first signs of a rapidly evolving brain infection.

"The neurons that are damaged by the infection emit electrical impulses in an aberrant way and that can cause seizures."

Seizures are the reason the baby's mother took him to the hospital initially. In addition he wasn't eating well and was throwing up.

The unexplained medical episode happened a day after Reyes babysat Rios. Two hours into watching him she called his mom with a problem.

"Told the mother in a message the baby was not well, that it was excessively sleepy, made various kinds of moves, holding the baby and jiggling the baby, according to National Institute of Health Guidelines, but was trying to determine if the baby was just sleepy or there was something wrong," said

Prosecutors claim the baby was born healthy and had no problems until the day he was left with Reyes. Investigators said she violently shook the baby. A doctor also testified that the baby's eyesight was fine in the weeks leading up to sudden major health issues.

But the doctor who has even published reports related to shaken baby syndrome claims there should be no suspect, because there wasn't a crime.

Reyes did not take the stand in her own defense.