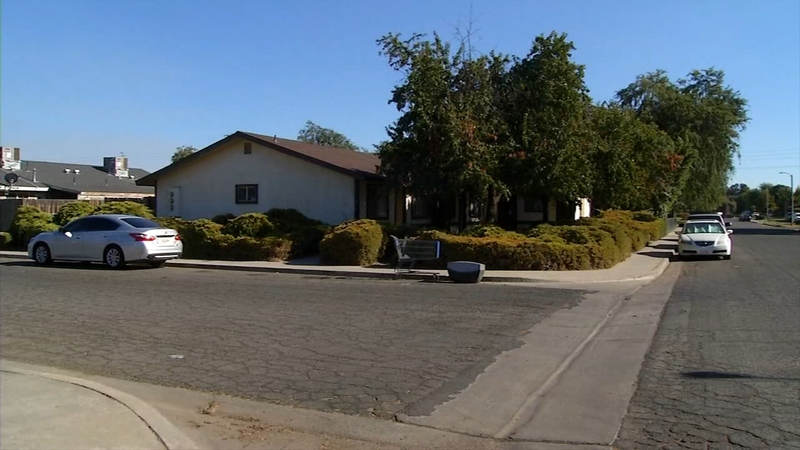 VISALIA, Calif. (KFSN) -- Four days later and close to 80 miles from the scene of the crime - came an arrest that could bring some closure to a South Valley homicide.

The Visalia Police Department was called to the area of West Hemlock and South Woodland in Visalia on Thursday where they found 38-year-old Dominic Harris suffering from a gunshot wound.

"Despite their best efforts, he was pronounced deceased at Kaweah Health Medical Center and it was at that point that our violent crimes unit took over the investigation," says Visalia Police Sgt. Mike Short.

At this point in that investigation, Sgt. Short says the motive for the shooting is unclear, and the department isn't releasing any details about what led up to the shooting itself.

They did identify a suspect - 35-year-old Derek Williams - and tracked him and his girlfriend to the city of Taft in Kern County.

Williams had a parole hold placed on him - and his girlfriend, 31-year-old Elissa Navarro, had a history too - she was facing four active warrants at the time of her arrest.

Williams was booked for homicide and conspiracy and Navarro was arrested for aiding him.

Visalia police are now trying to figure out what led to the shooting - and what made Dominic Harris the target.

Visalia police say they don't necessarily think there are more suspects at this point, but they want to investigate some other leads to be sure.

It's now a matter of finding the motive.

If you have any information on this crime, you're asked to call the department.