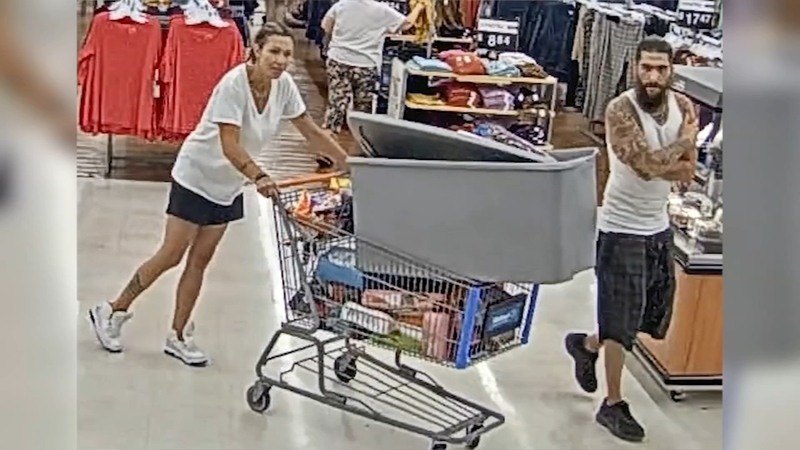 FRESNO, Calif. (KFSN) -- A northwest Fresno man says he received late notices on bills but it wasn't his fault.

Paul Vial says he never received them because a thief was taking his mail.

That thief was caught on surveillance cameras.

The Fresno County Sheriff's Office needs your help finding her and her boyfriend because they believe the couple is behind similar crimes in the same neighborhood.

The gated community in which Vial lives has signs warning people of 24-hour surveillance. But that did not stop the alleged serial mail thief from going to work.

Vial says he was inside his home when he watched the crook leave with his property.

"She pulled up, rolled down her window and was gone," he says. "I was really surprised."

And he was even more surprised to learn the suspect came back for more.

"They were back after three days, after I reported... back in the neighborhood again the same week," he says.

The Fresno County Sheriff's Office believe 39-year-old Sara Avedisian is behind a string of mail thefts in this neighborhood near Marks and Alluvial.

But authorities say she is not acting alone.

According to investigators, hours after being seen rummaging through the mailbox, Avedisian and her 36-year-old boyfriend Dewey Lacomb were caught on video at a nearby Walmart, getting ready to commit another crime.

"It shows Avedisian and Lacomb pushing a very full shopping cart up to the self-checkout, they use a stolen credit card and they take off," says Tony Botti of the Fresno County Sheriff's Office.

They then took off in a black 2007 Honda Accord, with the license plate number 5YL-J063.

Authorities say if you see it or these two people, contact them immediately

In the meantime, Vial is holding his mail a little bit tighter, while also thinking of new ways to protect his identity.

"It might be time to get a lock mailbox," he says.

The Fresno County Sheriff's Office says Avedisian is currently on parole - and is wanted for several identify theft cases.