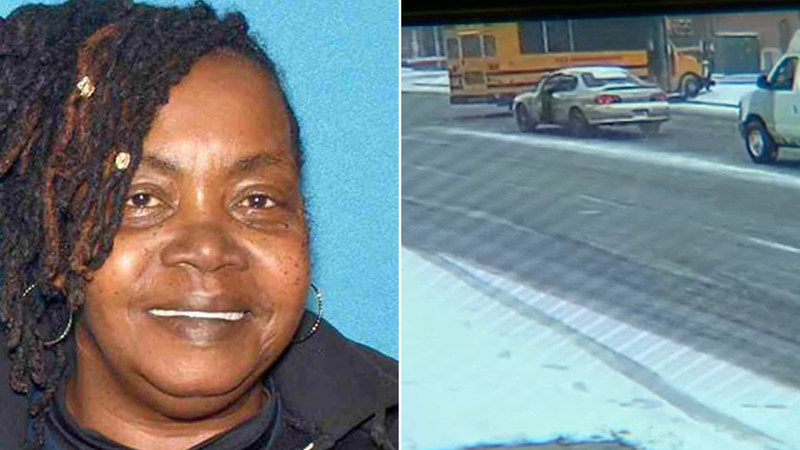 NEWARK, New Jersey -- The driver of a school bus carrying children with special needs was revived with the narcotic overdose drug Narcan after crashing in New Jersey Wednesday, according to authorities, and now she is under arrest.

Police said 57-year-old Lisa Byrd was charged with 12 counts of endangering the welfare of a child, driving while impaired and possession of drug paraphernalia after the crash near the intersection of 14th Avenue and Jones Street in Newark around 1:00 p.m.

Byrd was transporting 12 children from 14th Avenue School when she crashed the occupied bus into a tree. Law enforcement sources tell Eyewitness News that Byrd was on heroin.

Video obtained exclusively by Eyewitness News shows the bus moving slowly through an intersection, passing in front of cars before jumping the curb and hitting the small tree.
EMBED More News Videos

The driver of a school bus carrying children with special needs was revived with the narcotic overdose drug Narcan after crashing in New Jersey.

The children were evaluated by EMS, and no injuries were reported.

Police said the driver, an employee of F & A Transport in East Orange, was administered Narcan and transported to University Hospital for treatment.

Witness Sherod Jones tells Eyewitness News he jumped on the bus to attend to the driver and the kids.

"I got on the bus, and I checked to see what the lady's foot on the brake, and I put it in park so that the kids would be alright," he said. "They said it was 12 kids on that bus, so I just wanted to make sure that the lady was alright. She was really my main concern."

He said he was skeptical the woman was on drugs.

"It looked like she was having a stroke or something, or a heart attack or something," he said. "She was stuck. When that bus started to move, you saw the lady's arms going down slow, like if she was coming out of it, the lady's eyes were wide open."

Officials said the district will be taking over all school bus routes immediately until the investigation is concluded.

"Endangering the lives of Newark children is something we will not tolerate," Newark Mayor Ras Baraka said. "We are grateful that none of the students were injured and that no other residents were harmed due to this incident."

"This epidemic is costing innocent lives," Newark Public Safety Director Anthony Ambrose said. "I would like to see our legislators look at it better and give more serious penalties for people that do this"

Officials say Byrd's driver's license was revoked between the years of 1996 and 2006. 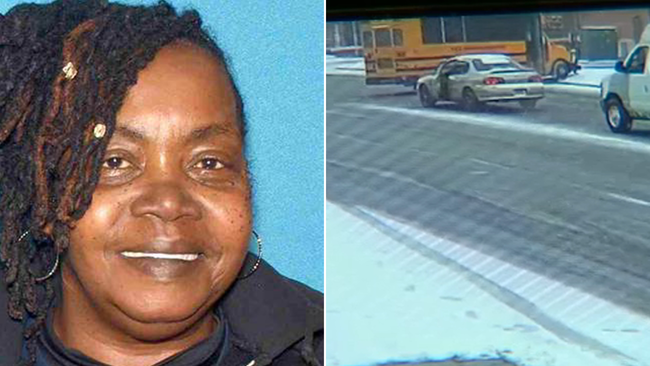