KFSN
By Brianna Mellon
FRESNO, Calif. (KFSN) -- "She leads by example, she was on time, did extra work, she was there for me and for them all the time," says Martina Gregusova, volleyball head coach at San Joaquin Memorial.

Margaret Smith was the captain of San Joaquin Memorial's volleyball team for the past two seasons.

This year, the Panthers won the Division 3 Valley Championship, something that hadn't been done in three decades.

Smith says her favorite memory wasn't earning the ring, but a pregame ritual

"Every single game this past season, we would scream at the top of our lungs the song "Shallow," she said. "Before every game, all of us, we had every word memorized. Crazy as it seems, it raised our intensity so much."

The Panther has been on varsity all four years at Memorial and played three seasons of volleyball between high school, club and beach. While she loves being on the court, her schoolwork always came first.

"She was always sneaking in my office, before and after practice," Gregusova said.

Margaret is a Senior girl athlete recipient of the Junior League of Fresno, and she earned the Principles Scholar Award for Top Performance in Most Rigorous Coursework.

Her excellence in the classroom has led her to get accepted to Harvard.

"My goal is to feel confident enough in myself that me applying to that school isn't a longshot, that I actually have a shot at getting in," she said. "So when I got in, it was like, 'Yes, your hard work is paying off. Your dreams from a little girl are coming true.'"

Harvard has a 5% acceptance rate. While Margaret was initially waitlisted, the school called her and said they were was no movement on the list but they have marked off a place for her in 2021.

She will take a gap year this year.

"To do internships, hopefully in Washington D.C.," she said. "I want to work for a politician if possible. Really dive deeper into my passions, and then go into Harvard in 2021."

Margaret says she is thinking of walking on the volleyball team and will major in History. She has aspirations of becoming a lawyer or congresswomen.

"I think it's so fascinating to see what happened in the past and how it can shape our future," she said. "I do think we can learn from the past learn from the mistakes made, and I think that can help our daily lives. Any progress we want to make towards equality and social movements, everything, it all stems from history."
Report a correction or typo
Related topics:
sportsfresnohigh school sportscollege
Copyright © 2020 KFSN-TV. All Rights Reserved.
HIGH SCHOOL SPORTS 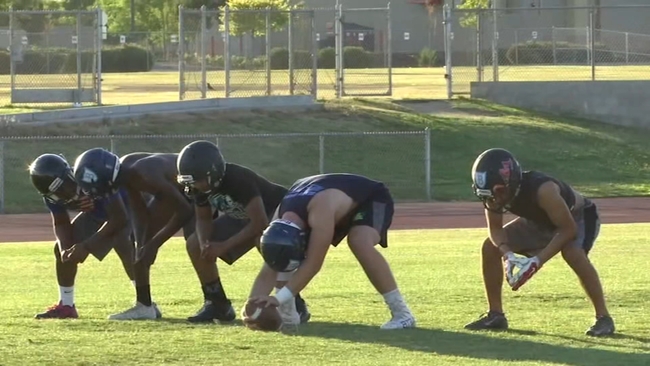